Negotiations between Government and BCTF postponed 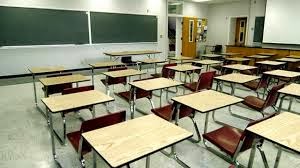 It will take a bit longer than planned for the two sides to return to bargaining, as negotiations between the Government and the BCTF will take a short break.

The cause of the most recent delay in discussion is that  both sides are awaiting a facilitator to move their talks forward.  Though while they wait, they now have a new theme introduced to their agenda, that being the prospect of a new appeal to the recent court decision from the BC Supreme Court.

Monday, the Provincial Government announced that it was planning to go back to courts and appeal that recent decision of Madam Justice Griffin, which provided a court room victory to the Teachers' union in the long running legal sessions between the two sides.

Education Minister Peter Fassbender made his announcement of the planned appeal on Tuesday, outlining why the Province was not willing to accept the decision of the courts.

He expanded on the topic Wednesday morning with Bill Good on CKNW (8:30 to 9:00 AM February 5 audio vault)

As might be expected that decision by the provincial government  has not been received well by the BCTF.

Wednesday, the lines between the two sides perhaps hardened even further if possible, providing for just another challenge to negotiations, as the two sides await their facilitator.

The need of a facilitator is something that will clearly be required with the two sides far apart on pretty well every issue and with the lines of communication between the two sides seemingly rather limited.

Among the more controversial of topics that may be under discussion when the two sides return to the table will be the idea of a ten year contract as desired by the BC Liberals.

Something which at this point would seem to be a non-starter and perhaps now to be rendered to the land of fanciful thinking, a place perhaps where it was destined to begin with.

As though to highlight the current course of discussion (or lack there of) a small scale twitter war appears to have broken out this week as the BC Liberals highlight some of their talking points, quickly answered by the BCTF) 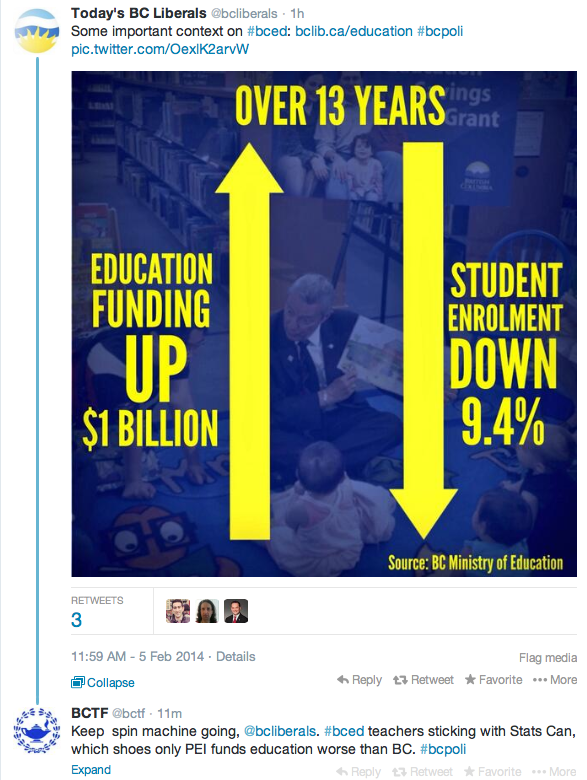 As the tweet and re-tweets continued through the day, the North Coast was well represented on the twitter feeds, with Prince Rupert's Joanna Larson offering some thoughts on the ongoing theme.

Considering all of the current back and forth of the last few days, it all might suggest that it's going to be a fair amount of time before all the rhetoric dies down and any sense of constructive dialogue is taking place.

With another lengthy appeal process now underway and positions on both sides becoming even more polarized than before.

It would seem that education will remain the hot button issue in the province for the foreseeable future.

Some reviews of the recent developments can be found below:

Email ThisBlogThis!Share to TwitterShare to FacebookShare to Pinterest
Labels: Negotiations between BCTF and Provincial Gov't postponed