Negotiations between Canadian National Railway and representatives of the Teamsters Canada have let to a tentative labour agreement that will keep 3,000 CN employees on the job as a potential labour disruption loomed for Tuesday morning.

The round of overnight bargaining from Sunday to Monday afternoon delivered the agreement at 2:15 this afternoon, the terms of which have not been released pending ratification by union members.

In a statement following the announcement of the tentative deal, Teamsters Canada Vice President Roland Hackl took note of the confidence that union members had provided to their negotiating team. 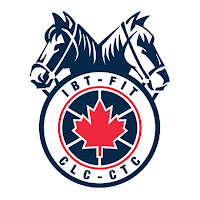 For the part CN Rail also issued a statement, hailing the ability of the two sides to reach a deal before any form of labour disruption took place.

"CN is very pleased to have reached this settlement with TCRC-CTY without a service disruption. This new agreement reinforces CN's commitment to working together with our employees and their representatives to address workplace issues in a mutually beneficial manner."

That ratification vote is expected to take place over the next two months. The agreement covers 3,000 conductors, trainmen and yard men located at CN facilities across Canada

CN Rail provides the only rail access to the facilities of the Port of Prince Rupert and a summer time labour disruption would have proven damaging for both container port operations and those shipping grain, coal and other products out of the Ridley Island and other terminals located around Prince Rupert.

You can find more items about CN Rail operations on our archive page here.

More background on the tentative deal can be found below: