The McChesney family road trips are going to be a bit more extended in 2019 and beyond, with Charles Hays Rainmaker Liam McChesney making an announcement Tuesday that charts his basketball future following high school.

That as the highly touted prospect announced his commitment to the Aggies basketball program at the NCAA's Utah State, based in Logan Utah. 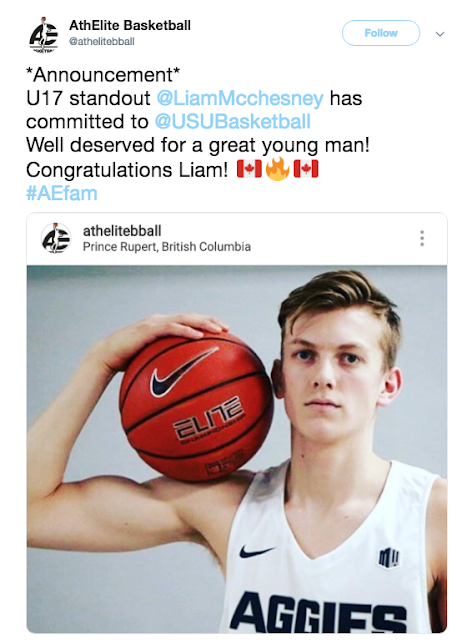 Sister Sarah McChesney shared word of the decision with an accompanying video that delivered the news to Prince Rupert and beyond. 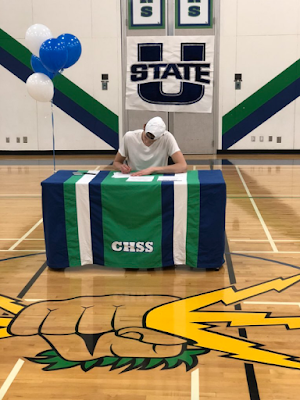 Once he joins the Aggies program following graduation, McChesney will be playing in the Mountain West Conference of NCAA basketball, which features a number of well known programs such as UNLV, Colorado State, Air Force and Boise State to name a few.

Utah State has a new coach on the court this year, with Craig Smith moving over from South Dakota, named as the University's 19th head coach in the team's history in March of this year. 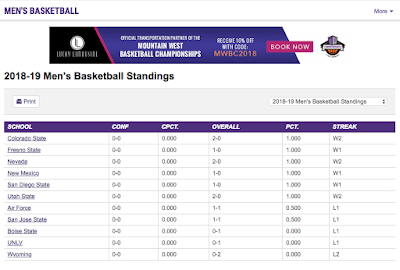 The Six foot - nine Rupertite appeared on the Aggies radar after a summer session in Las Vegas which highlighted some of his skills for American college scouts and recruiters, he also had some standout time with the Team BC Under 17 program, arriving on the provincial scene as a fifteen year old. He was also been part of the Team Canada experience over the summer.

Basketball and sports in general are a passion for the McChesney family, as we outlined on the blog earlier this month, brother Justin is playing with the University of Victoria Vikings as part of Canada's U Sports schedule this season. Justin started his U Sports career with UBC, transferring to the Vikings earlier this year.

Speaking of Rainmakers Past and Present ... the 2019 Charles Hays Rainmaker season is about to get underway, with this years teams once again focused on the road ahead to the Provincials at the Langley Events Centre in March.

We'll be watching for news out of the Rainmaker camps as the season ramps up and track the progress of Junior and Senior squads through the months ahead.