Council members receive their appointments for 2019 Committee and Board work 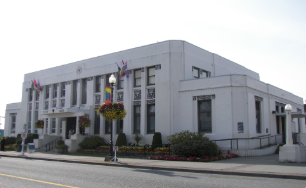 City Council members made quick work of a list of ten appointments to be considered on Monday evening, with the City's Corporate Administrator guiding the Council membership through the requirements of each Board or Committee.

Heading into 2019, the Council work list looks as follows:

Northwest Regional Hospital District -- Council had to make a change from its original plan to have Councillor Adey serve on the Board as an alternate, with Council having to change that appointment to Councillor Niesh who serves on the Regional District Board, the change was required owing to the terms of reference for membership on the Hospital District.

Councillor Adey noted that it wasn't clear in the information provided at the time that the nominee had to be a member of the Regional District Board, suggesting that be included in the future.

Civic Awards  and Recognition Group -- Mr. Mandryk noted that all City Council members are required to be part of the Civic Awards Committee.

Performing Arts Board -- Council selected Councillor Adey to the position.

Healthy Communities Committee -- Council selected Councillor Cunningham to the position, he will also serve as its co chair.

BC Ferries North and Central Advisory Committee -- Council selected Councillor Cunningham to serve on the Board.

Councillor Randhawa inquired if the City had plans to put a member of the Board of the North Coast Immigration and Multicultural Services Society. It was noted that staff did not know if the City had a requirement to be part of that Society Board and that a report would be delivered on the topic at the next Council session.

You can review the discussion surrounding the appointments from the City's Video Archive, starting at the thirty four minute mark.