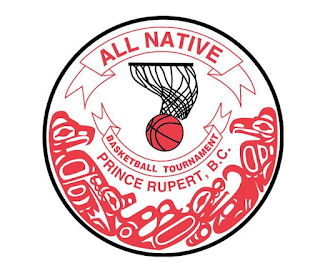 The road to the 60th edition of the All Native Tournament in February gets underway with the qualifying tournament later this week at the Russell Gamble Gymnasium at the Civic Centre.

The Senior Men's category is the only one of the four divisions of play for February that will be hosting a Qualifying tournament this year, with Eight teams having made plans to travel to Prince Rupert for the three days of basketball from the 22nd to 24th.

The lineup of teams looking to advance to the Big Show in February covers a fair bit of the map of British Columbia stretching from the Kispiox to Lytton and on to Vancouver, as well as representation from teams from the Northwest and Central Coast..

Kispiox opens the tournament up against Bella Bella at 2PM Thursday, followed by Klemtu and the North Shore at 3:30PM

Kincolith takes on Lytton at 5PM , while Terrace and Vancouver put the wrap on the opening round games at 6:30.

The full Draw and path to the finals can be reviewed below: 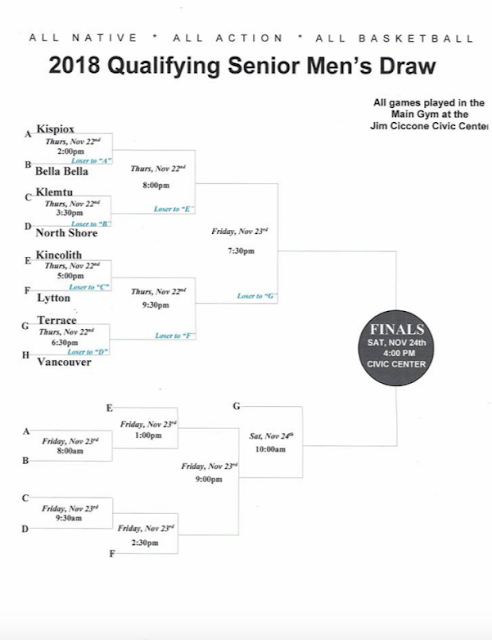 The focus on the 60th Anniversary will frame the athletic and cultural festival that comes with the gathering of Nations in Prince Rupert this February, you can keep up to the latest news from the All Native Tournament Committee through the ANBT Facebook page.

The All Native Tournament website also features some background information on the event as well as a collection of photos from some of the years of past.

Next year's tournament takes place from February 10th to 16th.

With the Qualifying tournament marking the first stage of preparations for the annual event, you can follow all of our notes on the 2019 ANBT from our archive page here.