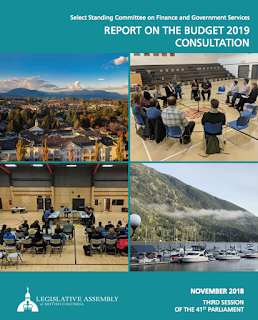 Earlier this fall, members of the British Columbia Legislature's Standing Committee on Finance and Government Services hit the road for a number of 2019 Budget Consultations, a travel itinerary that took them to the Smithers area, as well as over to Haida Gwaii in mid September.

The Committee has published its findings from that consultation period and among the recommendations for further follow up by the Finance Minister will be a call for improved Ferry Service for residents of Haida Gwaii, with many expressing their dis-satisfaction with the current schedule during the meetings in Masset on September 19th.

The call from Haida Gwaii was for an expansion of service for ferry dependent communities, with Route11 Aliford Bay and Route 26 Prince Rupert to Skidegate singled out as two routes that need attention from the provincial government. 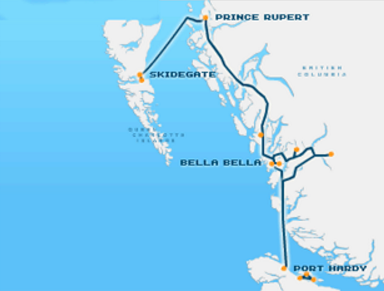 For North Coast and Haida Gwaii residents and their respective governments, keeping the pressure on the provincial government will be key to moving their contribution to the committee session forward.

Towards that goal, making sure that North Coast MLA Jennifer Rice is aware of their concerns and that she will take their contribution to the committee report into the NDP caucus room for action, should be a priority to make sure that the momentum on the issue doesn't get lost in the budget preparation work.

The panel heard from British Columbians on a range of issues during the course of the one month cross province tour, compiling a list of 100 items taken from eleven categories for further review by the Finance Department.

A look at the summary of recommendations for the Provincial Government can be reviewed below: (click on the images to enlarge the notes) 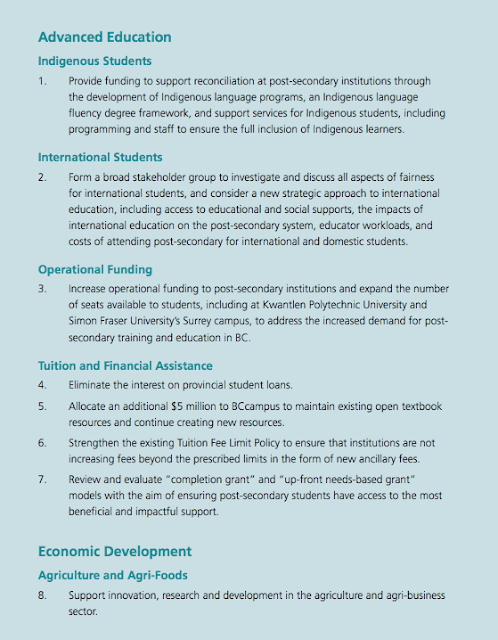 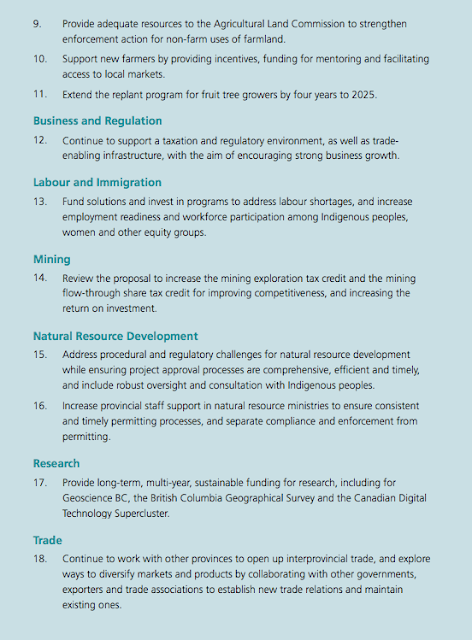 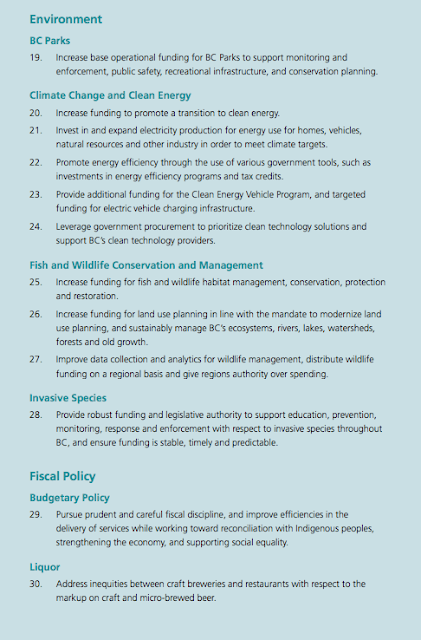 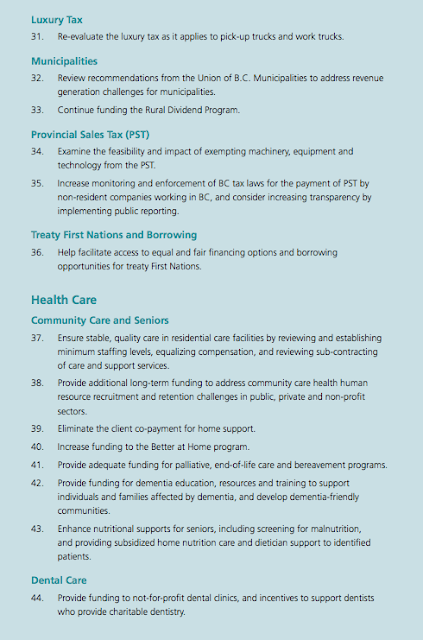 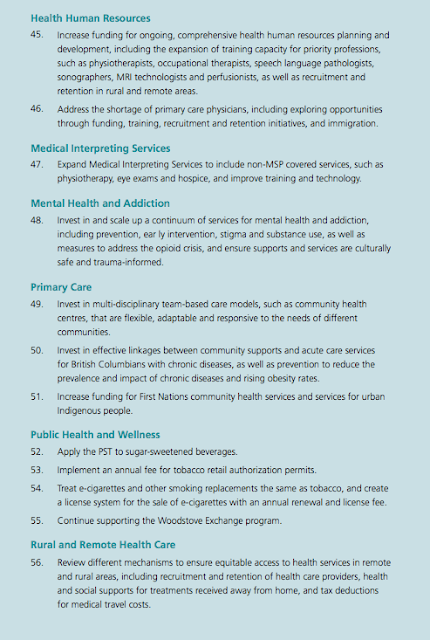 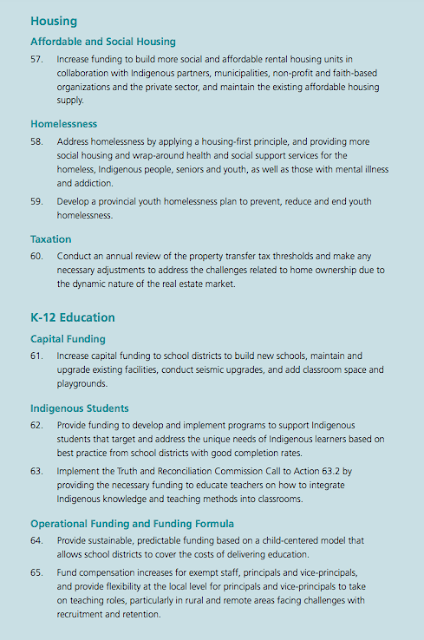 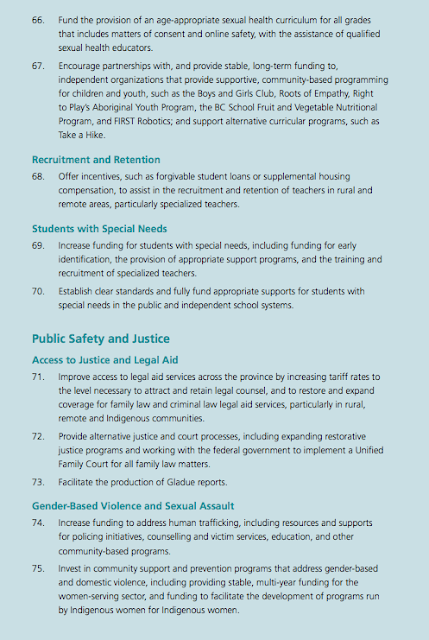 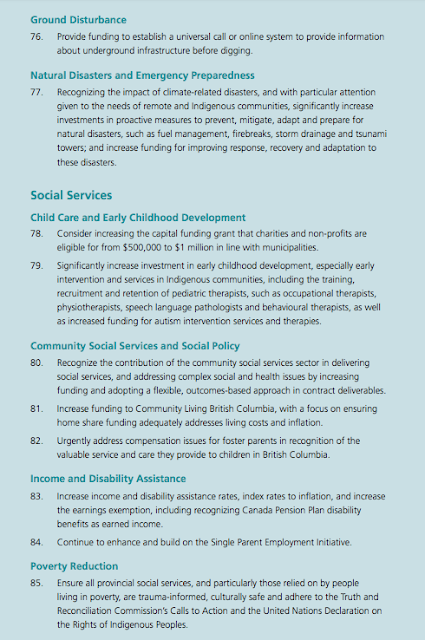 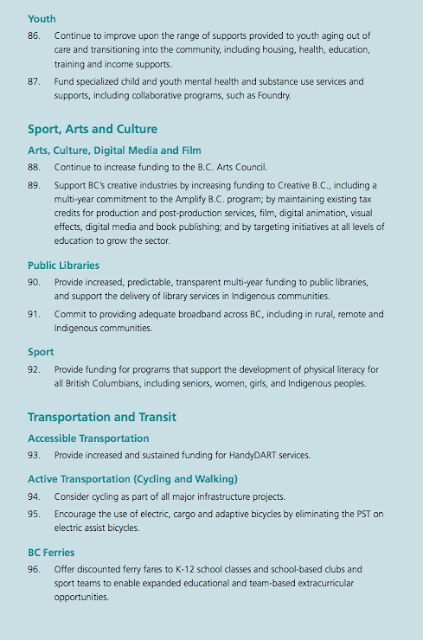 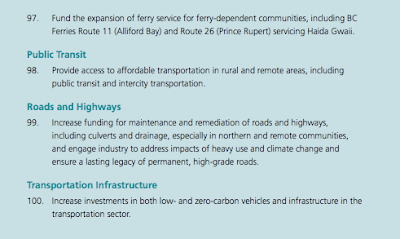 The full report from the Standing Committee is available here.

Finance Minister Carole James will be putting together the elements of her budget planning over the course of the next three months, with the document usually delivered in February.

A wider overview of notes on the Legislature can be found through our political blog D'Arcy McGee.

To return to the most recent blog posting of the day, click here.
Posted by . at 10:37 AM