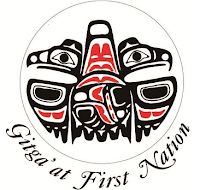 The Gitga'at First Nation will be assessing the Tsunami and Flood risk to the Hartley Bay area next May, that after successfully receiving funding from a national disaster mitigation funding.

The Gitga'at project is valued at 149,000 dollars with the Federal Government to provide $74,500, the Province of British Columbia $70,500 and the Gitga'at First Nation putting $4,000 dollars to the study of the flood and coast inundation risk.

The funding was part of a large scale roll out of similar funding opportunities across the province last week.

The Hartley Bay funding, which was the only project for the Northwest for this round of the mitigation program, is for a one year period for the project development. 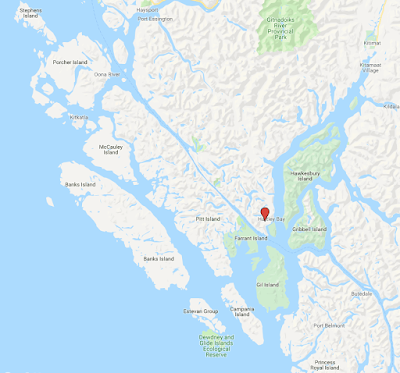 You can review the remainder of the successful British Columbia applicants here.

The National Disaster Mitigation Program was created in 2015 and so far has approved funding for 273 projects across Canada.

You can learn more about the program here.

Prince Rupert conducted it's own Tsunaim/Flood risk Assessment earlier this year, awarding a contract to Edmonton based, Northwest Hydraulic Consultants.

The funding for the study came from Public Safety Canada, with the Federal and Provincial governments both contributing 225,000, while the City of Prince Rupert's share was $30,000 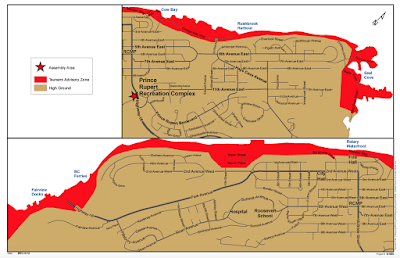 The Prince Rupert work has included mapping of risk areas for the community, some background to the City's work on Tsunami and Flood Risk assessment can be found below:

Some of our past notes from Hartley Bay can be explored here.

For more items of note on Federal and Provincial funding see our House of Commons and Legislature archives.

Email ThisBlogThis!Share to TwitterShare to FacebookShare to Pinterest
Labels: Funding for Gitgaat Study on Tsunami and Flood risk