A new map and some background on how the City of Prince Rupert plans to address Tsunami awareness was presented to the public on Monday, with the details provided through the city's website on how the City would address any emergency situation.

The notice is part of a larger information campaign which has the city sending household mailers to residents in the community that provide some instruction for residents should the need arise to take action in the event of a Tsunami notification.

The household mailer offers up some background on the nature of local and distant tsunamis and the steps the City would take in the event of a serious emergency for the community, a process that would start with the declaration of a State of Local Emergency by the Mayor which would put the City's Emergency response program into operation. 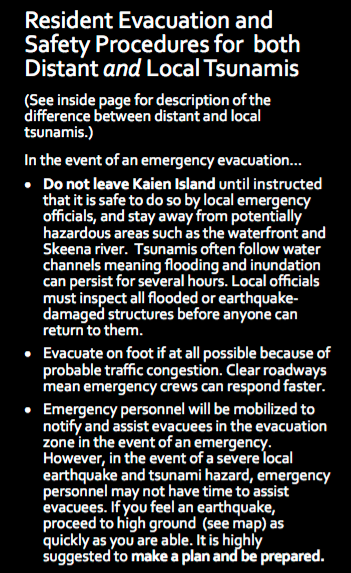 As part of the program, the City has provided a map that outlines the small region of the city that would be at risk from any Tsunami, areas for the most part limited to the immediate waterfront along Kaien Island with only a few sections of the city where the risk might travel inland for a short distance.

Included as part of the map information element, is a six item list as to how to use the map and what to be aware of, should there be a need to evacuate from areas that are under threat. 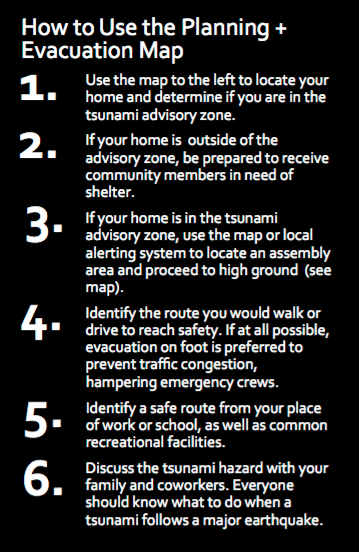 The Tsunami preparation notes also provide a reminder for residents to sign up with the City of Prince Rupert's emergency update system at princerupert.ca/emergency.

You can also sign up for the program through forms available at City Hall, the Jim Ciccone Civic Centre and public library. 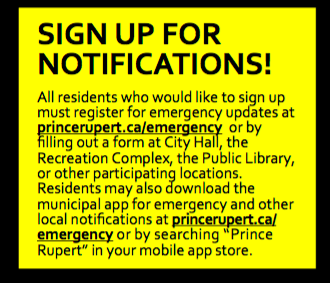 As well, residents are urged to download the municipal app for emergency and other local notifications, you can access that app from the city's emergency information page, or by searching for "Prince Rupert" from the mobile app store that you use.

The city will be testing out its mobile alert system on June 26th at 6 PM, in order to make the test as productive as possible, the city is looking to add more residents to its subscriber base.

You can review all of their emergency preparation planning from this update from the City of Prince Rupert website.

To return to the most recent blog posting of the day, click here.
Posted by . at 9:12 AM