Port, DP World place their bets that Typhoon Trump on Trade will dissipate 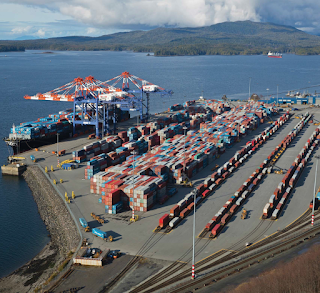 With yet another investment into gradual expansion of the Fairview Terminal footprint on the Prince Rupert waterfront, DP World and the Port of Prince Rupert appear to be putting their faith in global trade arrangements remaining much as they are, the investment plans moving forward despite the bombast and bluster of the current President of the United States.

As part of Tuesday evening's Annual Public Meeting from the Port, Shaun Stevenson the now newly installed President and CEO,  observed as to all those containers that arrive through the Fairview Terminal facility on a daily basis destined for the United States, making note as to how Canada can make use of empty containers that are heading back to China, by sending our own commodities and goods in return to Asian ports.

As part of his overview on the night, Mr. Stevenson provided for a wide ranging overview of Port planning and growing levels of shipments highlighting the expansion plans ahead and the importance of the Port to the Northwest, British Columbia and Canadian economy and offered up projections of increased trade through port facilities.

That's a significant bit of optimism considering the mercurial ways of the current resident of 1600 Pennsylvania Drive in Washington, who issues trade missives on a daily basis, sometimes hourly. 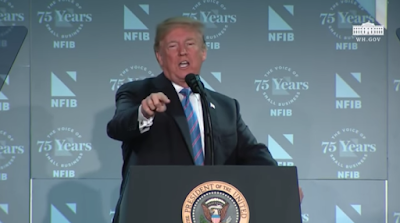 Almost at the same time onTuesday that the Port and DP were expressing their faith in the global trade regimen, President Trump again reiterated his concerns on trade with China, Canada, Mexico and pretty well any other country in the world that he takes note of when wakes up each day.

His appearance at a gathering of the National Federation of Independent Business in the US this week offered up the prospect of trade threats towards China. With the President suggesting a range of tariffs and an escalation of what seems destined to be a global trade war that would surely slow down the volume of goods that make the transit from North America to Asian ports world wide.

One of the major selling points for the Port of Prince Rupert is the connectivity that CN Rail provides from the Fairview Dock through into the heart of the United States and on into the Deep South.

Needless to say, any escalation of trade tensions between the two largest trading blocks in the world probably will have some kind of impact on projections of throughput for imports through the North coast gateway to the world. 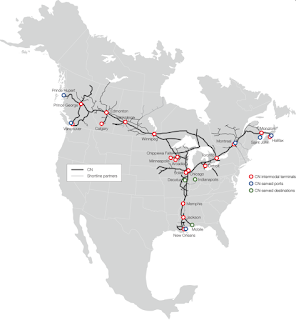 Canada as well, had a short cameo placement in Tuesday's Presidential Trade talk, a short moment of attention that comes up early on at the seven minute mark below.

Be sure to slip on your best scuffed up shoes and maybe slice up some cheese as you listen in to the somewhat scattered rumination from the President ...

One wonders how if shoes, milk and cheese can make for a focus of attention for the President,  then whatever might he think (or more likely direct some bombast about) of a port in the Northwest corner of Canada for the most dedicated to shipping items from China to the Heart of the United States ... should it ever capture his attention that is.

In the era of Mr. Trump, for Port workers and all those who rely on the Port as the economic engine for the Northwest keeping an eye on the man's twitter feed, as well as the business pages probably should be part of a daily ritual, just to see which way the trade winds may be blowing on any given day.

More notes related to Tuesday's Annual Public Meeting session by the Port can be found from our archive page here.

Further items of interest on the Port and its Terminal partners can be explored here.


To return to the most recent blog posting of the day, click here.
Posted by . at 9:19 AM

Email ThisBlogThis!Share to TwitterShare to FacebookShare to Pinterest
Labels: Trump on Trade and Tariffs