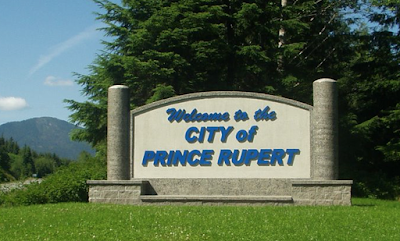 The rumour mill started early on Wednesday afternoon with the first word of the plans from Prime Minister Justin Trudeau to visit Prince Rupert today, here for a significant announcement on Reconciliation with First Nations and expansion of the Federal government's Ocean Protection plans.

By Wednesday evening, social media was hopping with rumours of his arrival in town, though as is the case when things get a little ahead of events, no one actually had definitive evidence of the Prime Minister's presence.

There were hints mind you, the sudden appearance of a fleet of shiny black Escalades and other large vehicles, staging in various areas of the city or taking to the roads on familiarity tours.

Transport Minister Marc Garneau, who was also here for the trip had arrived on Wednesday and was spotted in the downtown area by a few sharp eyed folks, while other dignitaries involved in today's announcement also began to file into town.

Then, this morning, the photos delivered the proof of the PM"s stopover in Prince Rupert, led off by one from Mr. Trudeau himself, who like many a visitor made the pilgrimage to Cowpucinno's in Cow Bay for some early morning java ... the Prime Minister's update provided of course in both official languages! 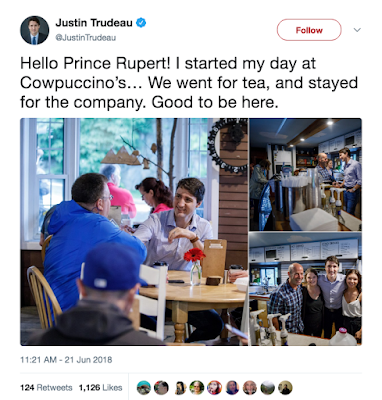 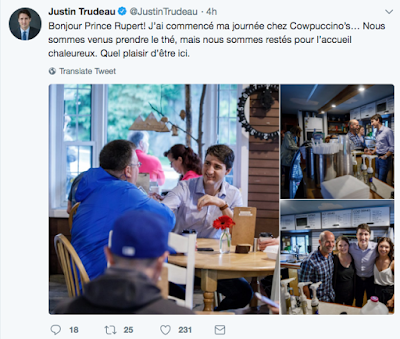 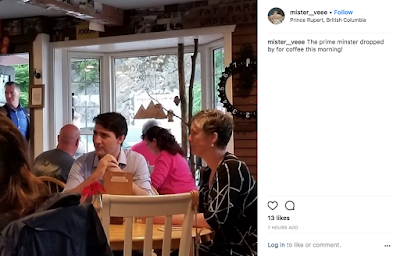 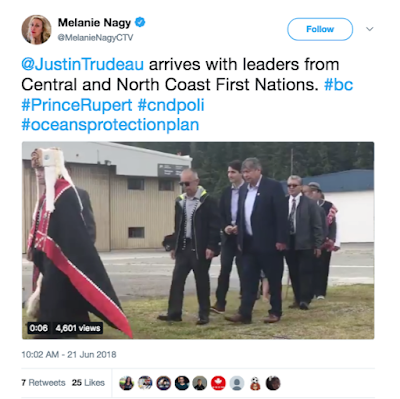 And  a photo to give Prince Rupert's Rainbow pathway a higher profile, the PM apparently went for a short walk around the Cow Bay area ... hope the paint was dry ... 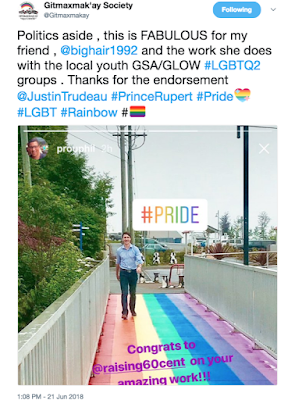 Further updates to the photo album as we come across them ...

To return to the most recent blog posting of the day, click here.
Posted by . at 4:02 PM