Race to Alaska about enter Hecate Strait on way to Ketchikan 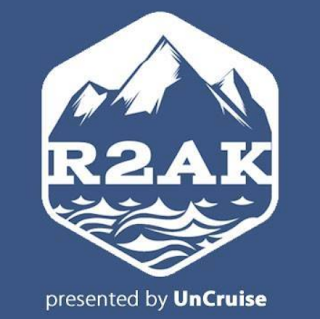 Some seriously competitive sailing drama is playing out on the Central Coast and approach to Hecate Strait today, as a collection of sailing vessels work their way North towards Ketchikan as part of this years edition of the Race to Alaska, the fourth year that the challenging event has been held.

The boats began their journey on June 14th in Port Townsend in Washington State and feature no motors and no support teams as they make the 750 mile journey to the finish line in Ketchikan.

Forty three boats in total are listed in the Race to Alaska, coming from all over the United States though the majority are from Washington state. There are entries as well from France and Australia, along with five boats from British Columbia.


The run up the British Columbia Coast into Alaska will find the boats running just past many way points on the North Coast through this week and on into the weekend as they chart their course for Ketchikan.

The current leader of the competition is "Like a Girl"  hailing from Bainbridge Island, Washington, which along with North Vancouver's  "Lagopus" is transiting along Banks Island at the moment, the two vessels one-two in the race and to this point well ahead of the pack on the journey north.

You can follow the progress of all the sailing vessels from the Race Tracker here.

Biographies for thirty eight of the race participants can be reviewed here.

Videos and other information related to the trip can be found from the Facebook page created for the event.

The Race to Alaska website also provides a fair bit of detail into the competition, including photos, videos and a variety of other features to keep you in the loop as to the participants progress.

Some notes on the travels so far can be found below:

To return to the most recent blog posting of the day, click here.
Posted by . at 12:11 PM