NDP MP Nathan Cullen weighs in on Trump/Trudeau spat, along with Trans Mountain

The volume of bellicosity towards Canada from the American president of recent days has caught the attention of Skeena-Bulkley Valley NDP MP Nathan Cullen, who has been fairly active on his Social Media pages, taking to the theme of relations between Canada and the US in the last 72 hours or so.

And then noting how Parliament has stood behind the Prime Minister as Canada faces the bizarre rants from the President of the United States. 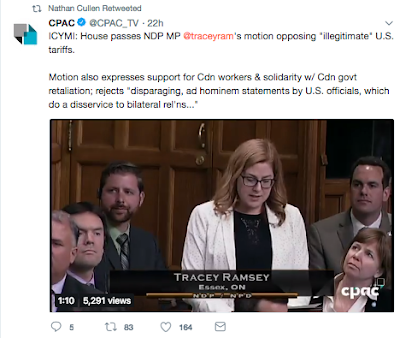 Of course, that doesn't mean that the partisan issues still don't get an airing, shortly after the "stand with the PM notes" ... it was back to the highly charged debate over the Trans Mountain Pipeline

A discussion which found the Skeena-Bulkley Valley MP taking on some raucous themes of his own when it comes to the NDP's opposition to the Liberal's plans for the pipeline. 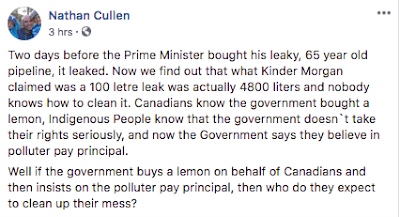 For a review of the weekend's feud between Canada and our southern neighbour, as well as other notes from the nations capital see our political blog D'Arcy McGee