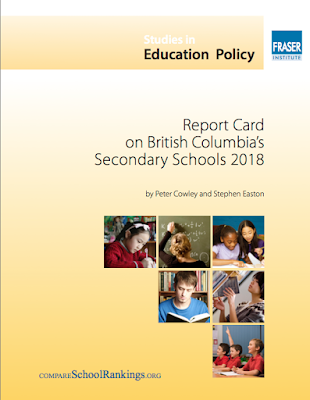 As the 2017-18 school year comes to an end, the students aren't the only ones receiving their final grades for the year, the institutions that they attend are also being graded, part of an annual, but controversial review from the Fraser Institute.

The annual review of secondary school results by the Vancouver based Institute was released on Tuesday and among the findings from the organization were improved results for three secondary schools across the Northwest.

This  year 253 schools across the province went into the Fraser Institute data base, with seven of the secondary schools in the Northwest included as part of this years overview. 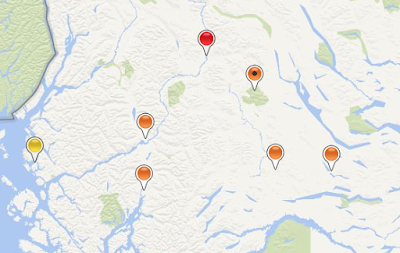 In Prince Rupert Charles Hays Secondary improved on its past results with  a ranking of 131 out of 253,  receiving an overall rating of 6 out of 10, up from a 4.4 out of ten from one year ago.

The improving results show a steady climb from the rating of 2013 when CHSS was assessed a 3.7 out of 10 rating.

Charles Hays placed highest among the seven Northwest schools reviewed by the Fraser Institute, with its findings based on province wide exam results, transition rates and graduation rates.

When it comes to academic performance the Prince Rupert Boulevard school improved its results in average exam marks, reduced the percentage of exams failed. It stumbled a bit on its graduation rate at 90,7, while it's Delayed advancement rate declined by 1 point to 35.0 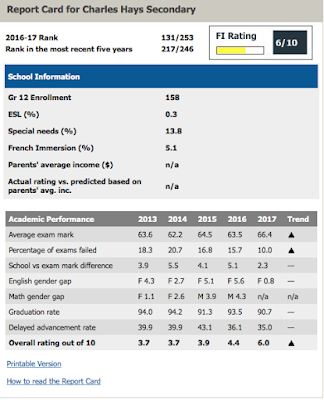 In Terrace, Caledonia Secondary moved up to 139 out of the 253 schools surveyed, with an average exam mark of 69.7% and 7.3 percentage of exams failed. The School's overall rating was a 5.9 out of 10, which is the same as it was last year. 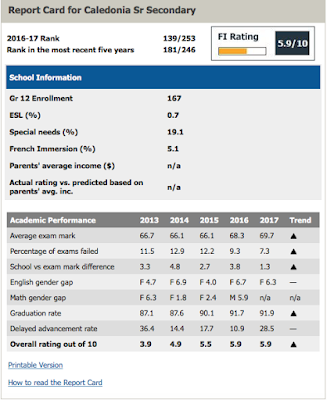 Mount Elizabeth in Kitimat was marked at 149 out of the 253 schools surveyed, the average exam mark at MESS was 64.5%, the percentage of exams failed listed at 13.3.

The Overall rating out of ten was a 5.7 out of 10, showing continued progress over the five year listing. 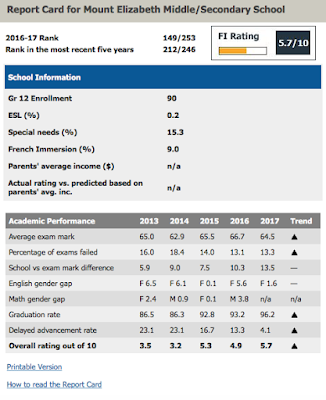 Other schools in the Northwest that were surveyed include:

The complete index for all 253 schools reviewed by the Fraser Institute can be found here.

The background to their methodology and what authors Peter Cowley and Stephen Easton say parents should take from their overview can be found here.

In the information notes related to the Tuesday document release, the Fraser Institute made note of the success of the three northern schools among the ten fastest improving schools in BC. 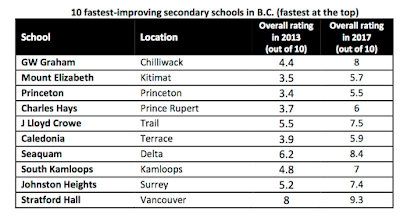 The full report for 2018 can be examined here.

The nature of the Fraser Institute review is a controversial one, with the British Columbia Teachers Federation frequently expressing its opposition to the focus on province wide testing that makes for the basis of the annual report card.

For the most part, the BCTF tends to dismiss or ignore the Fraser Institute report, this year making use of their twitter feed and facebook page to suggest that better research methods for parents can be found by talking to the staff at their local schools and to share thoughts with other parents. 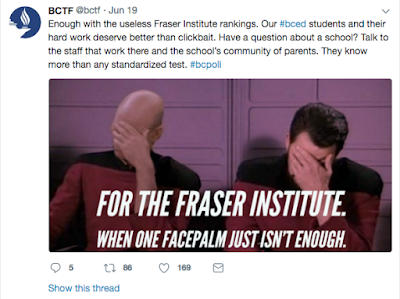 The twitter and Facebook approach served as the only comment from the BCTF on the day, though you can review some of their previous themes on the annual review from the Fraser Institute through the BCTF website archives.

Remainder of Northwest BC

Email ThisBlogThis!Share to TwitterShare to FacebookShare to Pinterest
Labels: Fraser Institute results for secondary schools in BC