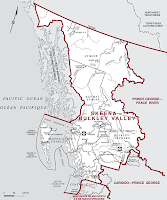 The ongoing campaign for the Skeena-Bulkley Valley seat in the House of Commons, has sparked a fair bit of discussion on issues that are important to the Northwest, with energy resource development, housing, infrastructure, relations with Indigenous communities and the environment some of the key themes expressed so far.

And as this week moves along, those themes and many more will no doubt help frame the discussion at a string of Electoral Forums that will blaze the trail towards election Day, with the first of the upcoming forums set for Prince Rupert on Wednesday.

However, there's another trail being blazed in the city this week, an interesting bit of message making along George Hills (Political)Way.

That's where a number of home made election messages have been place,  highlighting themes ranging from the evils of Socialism and the introduction of 5G technology, along to bemoan the lack of focus of media on some of the issues amongst its many other diverse notes.

There's no indication on the signs as to who has posted the signposts for the times, but one can safely assume that it's most likely not organized by any of the more established political parties and clearly isn't something endorsed by the Federal NDP, or provincial representatives for that matter.

Perhaps we'll get a glimpse of some of the message making of George Hills Way making its way into the Lester Centre on Wednesday when the Prince Rupert debate gets underway at 7 PM.

For Now the message marks the path along the waterfront roadway. 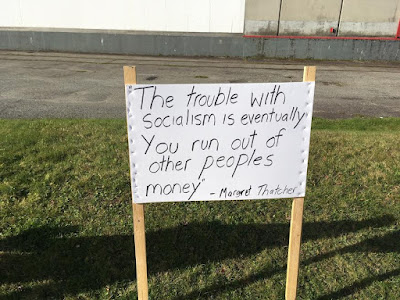 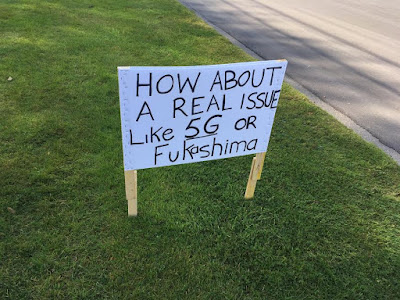 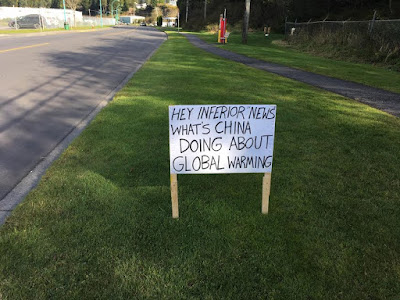 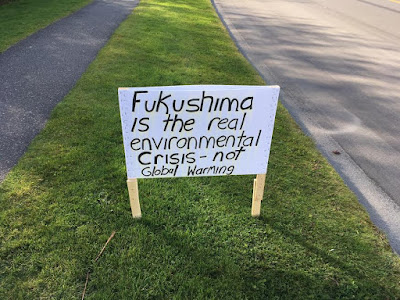 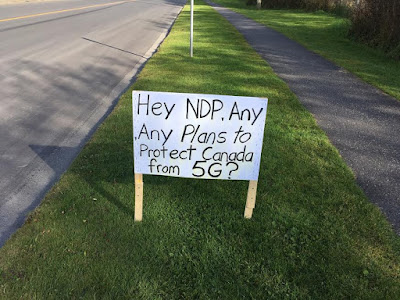 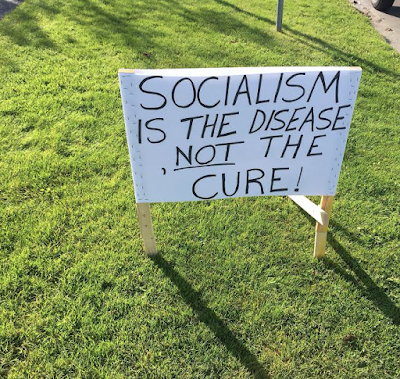 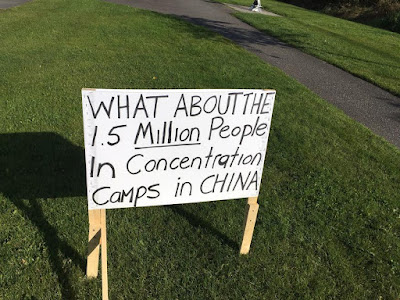 You can find more items of interest from the Skeena-Bulkley Valley campaign from our archive page here.


To return to the most recent blog posting of the day, click here.
Posted by . at 10:28 AM