Ron and Tara made some life long friends in Prince Rupert, but if you looked hard enough you could still find some fans of Donald S. Cherry 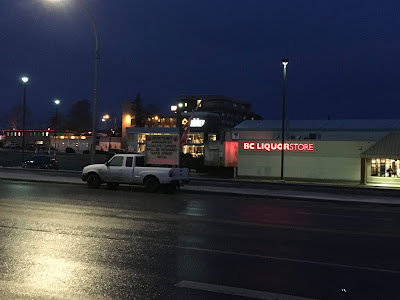 While the city was awash in Hometown Hockey on Saturday and Sunday, a somewhat muted protest was taking place on Second Avenue West, where at least one local hockey fan was still holding a candle out for Don Cherry, the controversial and now recently departed co-host of Hockey Night in Canada.

The one truck protest as it was, was set up on Saturday and Sunday and still remained parked on the city's main thoroughfare early yesterday  morning, its message one that seems to suggest that Rogers Media have erred in their decision to remove the long serving commentator of coach's corner. 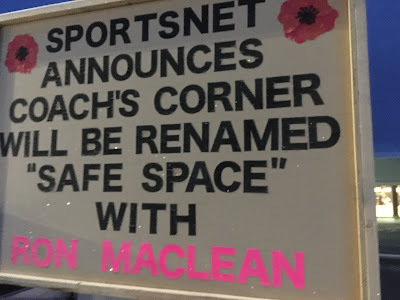 As most hockey fans can tell you, the controversy hit over the Remembrance Day weekend when Mr. Cherry in the midst of his traditional salute to Remembrance Day stumbled in his wording, seeming to take immigrants to task for their lack of respect through the wearing of the poppy, the long held Canadian symbol of remembrance.

Ron MacLean addressed the controversy with Daybreak North's Carolina  de Ryk last weekend during an interview prior to the Hometown Hockey festival opening on Saturday at the Civic Centre.

With Mr. MacLean speaking to the controversy and what impact it has on his approach now to create for inclusion for the sport and how it's a complicated process to navigate and one that offers for an opportunity to build for the future.

He noted how it speaks to the moment of Truth and Reconciliation across the nation and how the situation has hit home the message to not alienate anyone.

From the fall out from the Remembrance Day weekend broadcast, Mr. Cherry's employment terminated and Canadians quickly began to take sides in the great debate over the nature of the remarks, as well as to how the whole episode had been handled.

And while Mr. MacLean and Ms. Slone clearly made many friends for life during their short stay in our community, some it would appear still feel that the Don Cherry incident was handled badly by Rogers and that the long serving commentator and national hockey institution should be recognized for his past work with the sport.

There may even be a few inside the Rogers tent it seems who still remember Mr. Cherry fondly, yesterday we clicked on the Hockey Night in Canada website hosted by Rogers and well ...

It seems Don Cherry may be gone from the Hockey Night in Canada set, but his visual image will stay behind just a little bit longer. 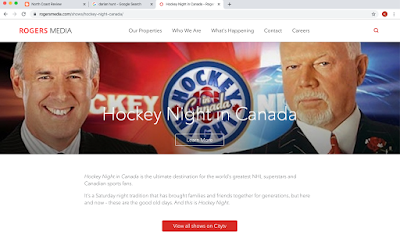 You can review the entire collection of notes from the Hometown Hockey visit to the North Coast from our archive page.