City looks to renew funding agreements with Lester Centre, Museum of Northern BC 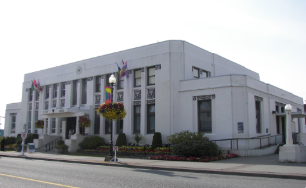 The City of Prince Rupert has announced its plan to renew a pair of Operating Funding Agreements with two of the larger Community Societies in the city, with the path ahead revealed for the Prince Rupert Performing Arts Society and the Northern British Columbia Museum Association Society.

In their Notice, the City outlines what the terms of the Operating Fund agreements will look like, with the two organizations to receive funding for the next three year years should the proposed operating funding program move forward. 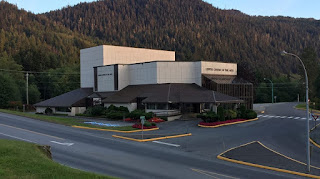 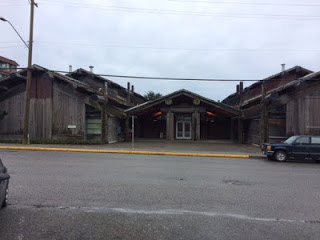 As part of the funding for the Museum Society the city will also provide $15,000 per year towards the operation of the Kwinitsa Station Museum.

In the past the City used to provide funding for those two groups as part of the annul Community Enhancement Grant process, but in 2016 in the midst of some contentious discussions over Library funding, Council began their work towards making a change in that arrangement.

At the time then introducing the Operating Fund Agreements as an alternative process to provide for greater certainty for the development of budgets for the two organizations.

Along the way however, there were a few hiccups towards finalizing the agreements before the terms and conditions of the program were ironed out.

The First cheque presentation for the Performing Arts Centre under the new funding program came back in February of 2017, some background on how the City made the shift from the original funding regimen can be found from out notes of that time.

There has been some discussion at City Hall towards including the Prince Rupert Library as part of that Operating Fund process, but so far, the original funding program through the Community Enhancement Grants remains as the blue print for that facility.

The Notice from the City makes note that anyone who may have inquiries towards the proposed Operating Fund Agreements that they should contact the City's Corporate Administrator Rosa Miller at rosamaria.miller@princerupert.ca or by fax at 250-627-0999.

The Deadline to provide your feedback or make your inquiries is Friday December 27th at 4PM.

If you wish to speak in person to a civic staffer on the issue, you will have a short window of opportunity with the City Hall offices set to close for the holidays at 4:30 on Friday until January.

The City also doesn't appear to be looking to create much demand for Ms. Miller to check the email or fax lines during the Christmas closure.

Other than a notice in the back pages of the weekly paper, the City has not so far offered any other indication of their plans through the Civic Website, or range of social media feeds that they host.

For more items of note on City Council themes see our Council Discussion archive page here.
Posted by . at 11:20 AM

Email ThisBlogThis!Share to TwitterShare to FacebookShare to Pinterest
Labels: Museum of Northern BC, Operational funding agreements for Lester Centre