Tis the season for salutations from our elected officials, and for MLA Jennifer Rice as we head towards Christmas and New Years, a personal note was added in among the political themes for our review from her Winter Newsletter.

The MLA takes a moment in her online notes to make mention of the recent birth of a son, with Ms. Rice and partner Andrea welcoming Lùá to the world on December 7th at 10:46 AM.

Along with an advisory that Mom and Baby are doing well, the MLA also pays tribute to the support offered by the medical staff at Prince Rupert Regional Hospital, as well as to Dr. Sunelle Fawell.

Some background on the happy family event for Ms. Rice and her partner can be found from our notes of December 10th.

As for the political themes for the newsletter, the focus for the MLA was on the range of Indigenous reconciliation elements introduced by the government in the last year. 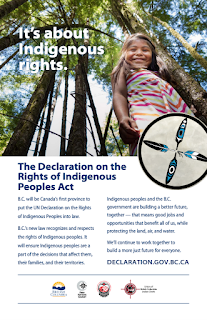 Among the areas of note for Ms. Rice, the work to move Bill 41 through the Legislature as the UN Declaration on the Rights of Indigenous Peoples was adopted by the BC government this fall.

The MLA also highlights the agreement on sharing gaming revenues with the First Nations Leadership Council, which will see that Council direct funding to First Nations communities around the province.

The government's work towards Indigenous Housing also gains a review in the winter notes, among the items she observes on the plans by Lax Kw'alaams for a sixty unit housing project for Prince Rupert and units announced for Lax Kw'alaams, Skidegate and Bella Bella,

First Nations Cultural initiatives wrap up her look back at the year, with her observations on the 50 million dollars of funding directed towards the First People's Cultural Council to support language, culture and artistic projects.

You can review her holiday notes here.

For some background on some of the programs and initiatives that she has outlined from the year just passed, see our Legislature Archive page.
Posted by . at 10:31 AM