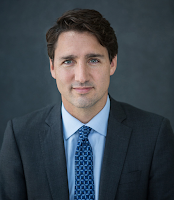 The Prime Minister outlined for Canadians today what they can expect from the members of the Federal Libera Cabinet, with the Mandate letters for each portfolio released earlier this morning.

The documents, in effect are the marching orders for the Cabinet, listing expectations and providing guidance as they look to deliver on the Federal governments initiatives and programs.

Of note for the North Coast region is the Mandate Letter for Fisheries Minister Bernadette Jordan, which in addition to themes related to the resources of the fishery, also makes note of the importance of relationships with First Nations and dedication towards the Oceans Protection Plan.

As Minister of Fisheries, Oceans and the Canadian Coast Guard, you will lead the Government’s work to protect and promote our three oceans and our waterways, sustain and rebuild the fisheries, and ensure that they remain healthy for future generations, while providing important economic opportunities to Canadians and coastal communities.

Among some of the priorities for Ms. Jordan.

Lead, with the support of the Minister of Transport, the Minister of Innovation, Science and Industry, the Minister of Economic Development and Official Languages and the Minister of Natural Resources, and in consultation with provinces and territories, Indigenous Peoples and business stakeholders, in developing a comprehensive blue economy strategy to help guide future government actions and investments that enable Canada to grow its oceans economy to create good middle class jobs and opportunity for coastal communities while advancing our conservation objectives.

Implement the recently modernized Fisheries Act, which restores lost protections, prioritizes rebuilding fish populations and incorporates modern safeguards so that fish and fish habitats are protected for future generations and Canada’s fisheries can continue to grow the economy and sustain coastal communities. The sustainability of our ocean resources remains paramount.

Work with the Minister of Transport, the Minister of Natural Resources and the Minister of Environment and Climate Change to implement and further develop the Oceans Protection Plan. With the world’s longest coastline, Canada must have a world-leading plan to protect it and marine species at risk. Pursue additional initiatives working with provinces, territories, Indigenous Peoples and all Canadians to better co-manage our three ocean coasts.

Work with the province of British Columbia and Indigenous communities to create a responsible plan to transition from open net-pen salmon farming in coastal British Columbia waters by 2025 and begin work to introduce Canada’s first-ever Aquaculture Act.

Support the Minister of Health who is the Minister responsible for the Canadian Food Inspection Agency in developing a boat-to-plate traceability program to help Canadian fishers to better market their high-quality products.

The full mandate letter can be reviewed here.

Other mandate letters of note for the Northwest, and some of their priorities can be reviewed below:

Lead a whole-of-government approach on the continued renewal of a nation-to-nation, Inuit-Crown and government-to-government relationship with Indigenous Peoples, advancing co-developed distinctions-based policy and improving our capacity as a Government to consider and respond to the unique realities of Indigenous Peoples.

Support the Minister of Justice and Attorney General of Canada in work to introduce co-developed legislation to implement the United Nations Declaration on the Rights of Indigenous Peoples by the end of 2020.

Lead and coordinate the work required of all Ministers to continue to implement the Truth and Reconciliation Commission’s Calls to Action.

Lead and coordinate the work required of all Ministers in establishing a National Action Plan in response to the National Inquiry into Missing and Murdered Indigenous Women and Girls’ Calls for Justice, in partnership with First Nations, Inuit and Métis Peoples.

Work with the Minister of Fisheries, Oceans and the Canadian Coast Guard to implement the Oceans Protection Plan to deliver 24/7 emergency response for incident management, to increase on-scene environmental response capacity, and to develop near real-time information on marine traffic with Indigenous and coastal communities.

Work with partners to begin a process to design and introduce programs that support making Canada’s major ports among the most efficient and cleanest in the world.

This work will require you to: Support efforts that develop marine infrastructure and convert ships from burning heavy oil and diesel toward more environmentally friendly fuels, like liquefied natural gas; and Complete the Ports Modernization Review with an aim to update governance structures that promote investment in Canadian ports.


Identify opportunities to support workers and businesses in the natural resource sectors that are seeking to export their goods to global markets. This includes working to construct and complete the twinning of the Trans Mountain Pipeline. This work is anchored in a commitment to protect and create jobs, create economic opportunities for Indigenous communities and use revenues to finance Canada’s clean energy transition.

Support research and provide funding so that municipalities have access to domestic sources of climate-resilient and genetically diverse trees that will increase the resilience of our urban forests.

Ensure the efficient and effective implementation of the Canadian Energy Regulator Act. Work with the Minister of Crown-Indigenous Relations and the Minister of Finance to develop a new national benefits-sharing framework for major resource projects on Indigenous territory.

Work with the Minister of Public Safety and Emergency Preparedness and with the provinces and territories and Indigenous Peoples to complete all flood maps in Canada.

Continue to work with other Members of Parliament to implement the Investing in Canada Plan. Your focus must be on the successful, timely delivery of our growth-generating investments in public transit, green infrastructure and social infrastructure, as well as key strategic infrastructure that will increase trade. The key objectives of this plan are increasing economic growth and creating good middle class jobs with infrastructure that improves people’s quality of life.

Require that all provinces and territories identify and approve all of their long-term infrastructure priorities within the next two years and according to the signed bilateral agreements. Funds that are not designated for specific approved projects by the end of 2021 will be reinvested directly in communities through a top up of the federal Gas Tax Fund.

Create a National Infrastructure Fund to seek out and support major nation-building projects that will benefit people across various regions, connect our country and improve quality of life. This should start by supporting the Newfoundland-Labrador fixed transportation link.

Finalize the creation of an additional infrastructure fund by 2020-2021 to support priority projects and economic diversification for communities transitioning from fossil fuels.

Work with provinces and territories to introduce new funding to help school boards and municipalities purchase 5,000 zero-emission school and transit buses over the next five years.

Ensure that Canadians have access to accurate and timely information about infrastructure investments in their communities, and work with your Cabinet colleagues to improve financial reporting to Canadians and the Parliamentary Budget Officer.

You are the Minister responsible for the arm’s-length Canada Infrastructure Bank, now fully operational. With the support of the Minister of Finance, ensure the Bank has the support it needs for its core purpose of attracting private sector and institutional investment to expand the scope of public infrastructure investment in Canada, in line with the Government’s public policy objectives.

Work with the Minister of Indigenous Services to co-develop and invest in distinctions-based community infrastructure plans, and move forward with addressing critical needs including housing, all-weather roads, high-speed Internet, health facilities, treatment centres and schools in First Nations, Inuit and Métis communities by 2030. These plans should also include new investments to support the operation and maintenance of this infrastructure.

Work with the Federation of Canadian Municipalities through the Green Municipal Fund, the Municipalities for Climate Innovation Program and the Municipal Asset Management Program to build climate resilience, reduce greenhouse gas emissions, make better decisions, and monitor investments and ensure they reduce emissions from residential, commercial and multi-unit buildings.

The full list of all mandate letters can be explored here.

The mandate letters are only as good as the mandate that they are designed for and in a minority government situation as there is today, some of those lofty goals and ambitions may never come to pass before a new election call is forced on the government by the opposition.

However, events in Ottawa on Thursday, which saw Conservative leader Andrew Scheer announce his plan to step down as the party's leader, should give the Trudeau Liberal's a bit of breathing time, with the chances of any snap election call now perhaps well off in the distance while the Tories look to select their next leader.

You can review some of the themes of the Federal scene from our political portal, D'Arcy McGee.

Items of note on the work of Skeena-Bulkley Valley MP Taylor Bachrach, and other notes of impact on the Northwest can be found from our archive page here.