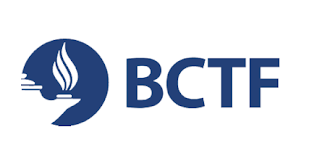 British Columbia's public school teachers spent some of their early days of Spring Break on some union business, with members taking part in the 2022 BCTF AGM this week, their virtual sessions running from March 19th through to the 22nd.

The last of their business came on Tuesday afternoon with the election of a new Executive, which will take the BCTF through the year ahead and beyond.

Taking over the reins from Terri Mooring, is  Clint Johnston from Chilliwack, who takes on his duties following three years of stewardship from Ms. Mooring who steered the membership through some challenging times of COVID, taking the lead on many issues of concern on Education and Schools over her time as President 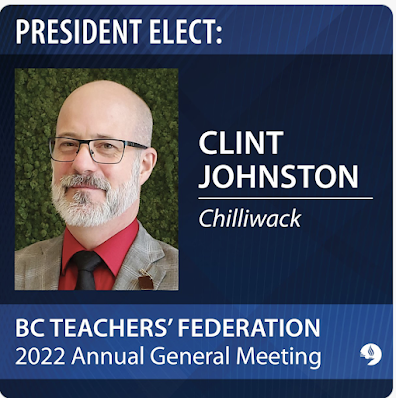 While his term is for one year, the BCTF traditionally has extended that time at the helm to a three year term, though with the provision of the incumbent seeking re-election for the additional term each year.

Also named to the BCTF Executive for the year ahead included:

Ms. Trepanier's election makes for the only BCTF executive member elected for the North.

The early focus for the new President elect will be the current round of labour negotiations with their employer, with a focus on wage compensation as a key element of the discussions ahead.

Teacher workload and still of concern COVID issues also make for some of the areas that he will pick up from Ms. Mooring as he takes up his duties in June.

Notes on education across the Northwest can be reviewed through our archive page.