Down 1 game to none heading into the weekend, the Terrace River Kings regrouped following their game one loss to Quesnel, the River Kings taking to the task of the final two matches in the Best of Three series, the Terrace side hoisting the CIHL championship trophy at games end Sunday afternoon.

The path to the trophy saw the River Kings claim a 6-3 victory on Sunday in a back and forth game that entertained a large crowd in the Terrace Ice Arena. Colin Bell making for a good portion of the offence for the Terrace side to secure the championship.

The River Kings had to battle back in their quest for the Championship from the start of the year after dropping a physical Game One to Quesnel last week.

The game two match taking place on Saturday saw River King goaltender Tyran Hunter was the difference between an end to their season, or the push for the Game Three winner take all finale that would follow.

His Saturday night showcase held the Kangaroos to just one goal while Terrace put three up on the Scoreboard in another physical match up, the Terrace scoring led by Chapen Leblond, Colin Bell and Connor Onstein all looming large as offensive threats through the series, making their mark in the series finale when required the most.

With their win on Sunday, the River Kings will now host the Dawson Creek Canucks in a three game series in Terrace starting Friday evening in Terrace.

Game Two and if necessary Game Three will take place Saturday and Sunday. 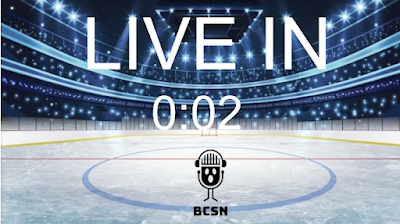 The past weekend saw games live streamed by a new streaming option out of the Terrace area BCSN Sports, the online project is the work of a collective including CFTK Broadcasters Brandon Cassidy,  Zack Power along with Reagan Babyak.

While technical glitches made for some challenges, their enthusiasm for the task brought the CIHL a whole new level of exposure and served to keep other league communities like Prince Rupert and locations far beyond the CIHL up to speed on the final round for the 2021-22 season.

Their work was particularly appreciated by the Kangaroos and their fans who offered their salute following Sunday's Game three. 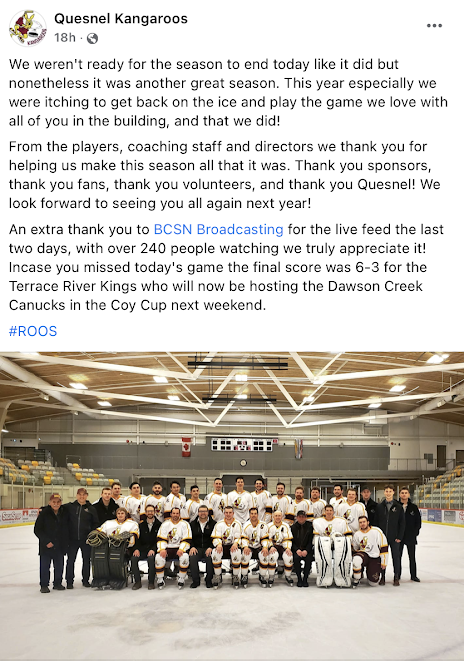 Their CIHL work began towards the end of February as they followed the River Kings journey through the playoffs and now the trio make their plans for Coy Cup action.

Follow the BCSN Facebook page to learn more for Coy Cup this weekend and any other broadcasts that they may have coming out of the Terrace area.

More notes on how the River Kings are planning for their hosting duties of this weekend can be explored from the team's Facebook page.

A look back at the CIHL season can be found from our archive page here, we'll keep updates through the Coy Cup to bring the 2021-22 season to a full close.