Chris Armstrong to take over GM duties at the Lester Centre 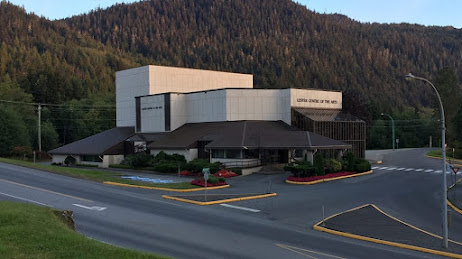 After a near two month search, the Board of the Lester Centre of the Arts has found their next General Manager, announcing today that Chris Armstrong will be taking on the duties as of April 4th.

Margaret Cavin Chair of the Board shared the Board's thoughts on the hire today through an information released outlining the passion for theatre that served to secure the post for Mr. Armstrong

“We’re excited that we’ve found someone who’s a good fit for the position in Chris. We chose Chris because of his vision for the Lester Centre, which is inspired by his passion for theatre and for our community. Through his past work as a manager, a publisher, and an entrepreneur, he’s looked for ways to unleash the creativity of others, and we’re looking forward to helping him elevate the reputation of the theatre even further.”

Originally from Ottawa, Ontario and having lived in Prince Rupert for 19 years, Armstrong is a veteran of the local theatre and arts scene from a range of productions on the stage at the Lester Centre, to his work as a publisher of many titles through the local publishing House Muskeg Press

“I’m humbled and honoured to have been appointed by the Board to this position, and I’m looking forward to bringing more productions to the stage as the pandemic, hopefully, fades away. Through the hard work of the Lester Centre’s employees, volunteers and Board members, the facility has become a jewel of Prince Rupert, and I’m excited to work with them to raise its stature to the national level.”  --Chris Armstrong,  Newly named General Manager of the Lester Centre of the Arts
Currently Vice President of Sales and Marketing with CityWest, he will depart the Third Avenue offices next month,  as he takes over from outgoing Lester Centre General Manager John Roper.
He is returning to his roots in Fort Nelson to manage the Phoenix Theatre.
Mr. Roper had joined the Lester Centre in 2021 and steered the facility through some challenging times of the COVID pandemic, as well as to oversee some recent improvements to the facility
The position was opened for applications in late January and was advertised wide both in Prince Rupert and beyond.
The Board is also looking forward to a return to live performances and a chance to see the Lester Centre come alive in the months ahead.

“We’re also thrilled that Covid restrictions are easing, and we hope to see some good audiences in the months and years ahead!”

More on today's announcement can be reviewed from the Lester Centre Newsfeed.

More notes on the city's Arts scene can be explored here.