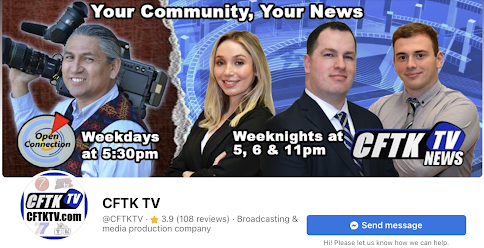 There were a few snippets of information in the last week to suggest that Bell Media North has found the replacement for retired News Director John Crawford, with Hannah Schmidt seemingly the new boss for a three member news bureau in Terrace.

Brandon Cassidy and Zack Power currently on the news staff roster in Terrace are fairly new to the region, though Robert Pictou has been a long serving producer and host of the popular Open Connection program for a number of years now.

A Linked In page entry provides notice of the new posting for the former Ontarian, who gained her broadcast education through the Fanshawe College program in London, Ontario. 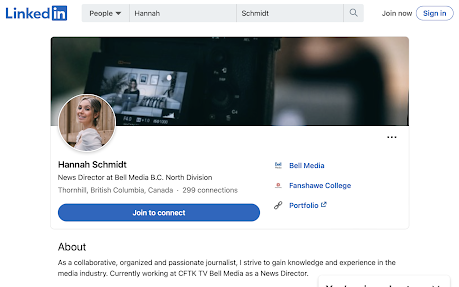 So far there has been no formal announcement posted to the TV7 Social Media feed to welcome her aboard, or to provide for a more formal introduction to the audience for the new News Director.

Though she has appeared on our television screens in the last few weeks, hosting a CFTK TV News update last week. 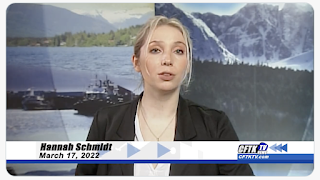 Still to be announced as well, is the ongoing search by Bell Media towards finding a new reporter for the Prince Rupert office.

That news gathering post has been empty since late February when Joshua Azizi departed Prince Rupert for new career opportunities as a writer with Global News in Vancouver.

His departure has left a void in North Coast news coverage, leaving this corner of the TV7 news coverage area a little light in featured attention.

The Prince Rupert post remains posted on the Bell Media job board. 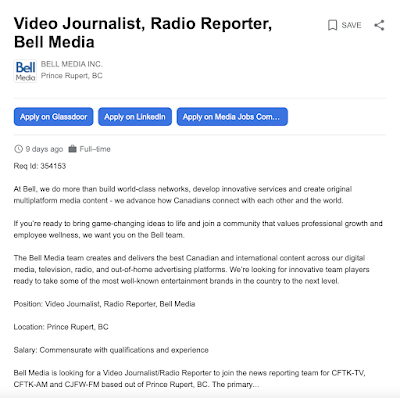 More notes on communications across the Northwest can be explored here.