It wasn't the main event in a lengthy discussion on the city's approach to the renoviction issue on Monday evening, but Bylaw enforcement, or perhaps the lack of such, did tend to take over a good portion of the back and forth of the Monday Council session.

The concern over the enforcement of existing bylaws, let alone any new ones, was a theme brought into the discussion by Councillor Barry Cunningham, who has long been sharing his frustrations on the theme of enforcement issues through many previous council session.

Monday night however, provided for a very detailed review of how the city may not be meeting the standard of enforcement for their existing bylaws.

Councillor Cunningham again highlighted how the complaint driven process isn't working already in bylaw matters, noting how even when people complain nothing seems to happen as far as enforcement. 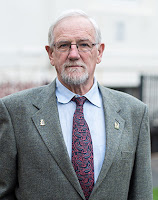 "We know damn well by our bylaw enforcement in this town that complaint driven isn't working. You know you drive around this town and you see cars up on blocks with the hood off.

You see houses in disrepair, tarps on roofs and everything else.

You look at our maintenance bylaw, it has teeth in it and they're not being enforced and even when people complain nothing happens.

The Mayor over a year ago came out and looked at a house two away from me, and it was brought to bylaw, it's still sitting there, it's starting to lean over on the other house now.

So when do we do something about it, when it actually collapses on the house beside it and this is going to be the same thing" -- Councillor Barry Cunningham

Mr. Cunningham expanded on the complaint driven process later on in the conversation as well with a fairly succinct review of its status at the moment.

"You know complaint driven just has not worked in this town and that's a fact and other councillors in this room will agree with me.

Our bylaw enforcement's pathetic because of complaint driven, I've complained and nothing's happened and I'm a councillor. I don't now what what happens when other people complain.

You know, you think that maybe  because you're a councillor they might listen to you, but they still don't listen you. I just think that we should be taking care of the biggest part of the problem"

For those who are regular readers of our City Council coverage, the Councillor has been the most persistent voice on bylaw related themes, frequently making note of issues of concern around town that require attention.
But as he outlined Monday, that volume of interest seemingly includes a number of files that don't seem to gain much in the way of resolution.
A look at some of the city council work on the theme of 2021 and 2022 can be reviewed below, though the success of those initiatives would still appear to be a work in progress.
February 2022 -- City's Parking Advice brings bounty of comment and suggestions
February 2022 -- A 2021 Court case loss, just one note among a list of woe from Angus Apartments
December 2021 -- Councillor seeks fair enforcement of City Snow removal policies
April 2021 -- Mayor, Council look to create a culture of pride of property appearance in Prince Rupert
February 2021 -- Council hears details of path forward towards enforcement of property maintenance bylaw
February 2021 -- City of Prince Rupert delivers letters on Downtown Incentive programs and warnings on unsightly properties
January 2021 -- "It's time for us to take action; it's time for us to Clean Up this town": Mayor Lee Brain
Councillor Nick Adey took a rather less strident tact to the topic, not quite ready to point any fingers at the enforcement staff,  though he did note that there is work to be done when it comes to the city's enforcement policies. 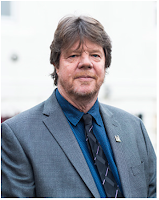 "It does seem to me that to me that we need to put some thought into having make the complaint driven process work a little better. I'm not quite willing to go as far in terms of criticizing the people that do the work of responding to complaints, because I think that their time is limited,  and their resources are limited, and there are limited numbers of them. I understand that.

But I do think that it needs to be much less intimidating for somebody who is in a position of need, because when you are renting a place and there's no other obvious other place to rent you are in a position of need. And what that does is creates that reluctance to complain and I think we did try to find a way to break that down a little bit and to make that a less threatening process to enter into" -- Councillor Nick Adey 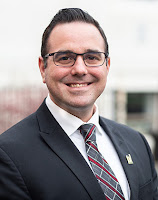 "The reason why the entire enforcement apparatus of this community is complaint driven is because Council has never chosen to budget for enforcement.  It's us that aren't allocating the resources to be proactively enforcing because we have other budgetary constraints when we all came into office ...

We haven't had a budget discussion yet but a proposed three percent tax increase I'm certain  that we're going to have some opinion on that, let alone what would most likely be another five hundred thousand minimum additional enforcement budget to really get to the level you area speaking to" -- Mayor Lee Brain

Clearly however, there does seem to be a few things to sort out for Council when it comes to the Bylaw enforcement process, starting with settling on how many staff members are in the office.

During the course of the discussion, the Mayor asked for some clarification as to the level of staffing for the department.

And in reply it was somewhat vague in explanation as to the current state of the staffing situation, though it appears that there is one full time member and one open position in the two person office at the moment.

It could be if the Council members don't know how many people are there to enforce the bylaws, then they perhaps shouldn't be too surprised if the results don't quite match their expectations.

While parking tickets appear to be handed out in a very thorough manner as part of the Parking bylaw program, other bylaw themes such as property maintenance, parking on streets and such do seem to make for less forceful enforcement in a timely manner.

And from those concerns expressed on Monday evening, there do seem to be some indicators of challenges for the bylaw office.

The Department does appear to have a consistent problem in remaining at full staff and that is a topic that they should explore further to determine why they can't retain a full complement  and what conditions are in place in the department that make for the turnover rate and additional pressures on existing staff to get the job done.

The main theme from the Monday evening discussion was how the city was considering whether they need to add a new level of overview on housing in the community.

Something observed on the night as an initiative that would for the most part make for a parallel Rental Tenancy Brach to that of the provincial government. A project that if taken on would require additional funding from the Civic budget and more civic staff to attend to the additional work load that would come with it.

The Council members managed to put that concept on the back burner for now, knocking it down the road for a potential strategic plan review for 2023. In effect leaving that idea to whichever candidates comes out of the Fall Municipal election with a seat around the Council Table.

While that report may be deferred for now, a more immediate concern would seem to be in Bylaw Enforcement, which probably does require a fairly expansive view and report. 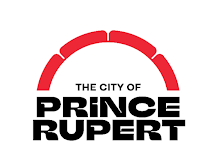 With staff to come back to both Council and the public with a comprehensive look into the current situation  that exists in bylaw enforcement and suggestions for some tangible steps to improve on the problems that have been identified to date.

The City has yet to post the video of Monday's Council session to their YouTube archive page, or provide any explanation as to the delay.

Should the video account of the session make it to the archive, we will include the video to allow for a review of a most fascinating Council Discussion.

Update: The city posted the video to their Archive on March 23rd. The discussion on bylaws was part of the larger discussion on the Renoviction themed bylaw staring at 51 minutes.

More notes on Monday's Council Session can be explored here.

A wider overview of past Council themes is available through our Council Discussion Archive.