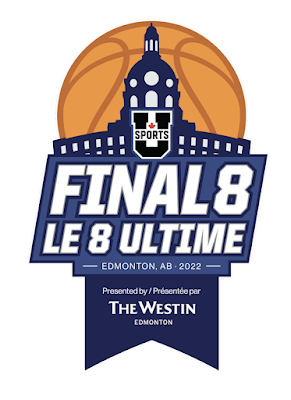 For those looking for a warm up for next week's All Native Basketball Tournament, a chance to catch up with three familiar names of Northwest basketball of the past is coming up this weekend
With two players from the Northwest on the UVic Vikings and one from Haida Gwaii with the Brock Badgers.
For the Vikes Prince Rupert's Justin McChesney and Smither's Trent Monkman are part of a U Vic team looking to claim national honours this week as the final eight takes to the court Friday through Sunday in Edmonton.
Joining them in the quest for a championship is Haida Gwaii's Jesse Barnes with the Brock Badgers who open the tourney tomorrow at Noon BC time, against the University of Saskatchewan. 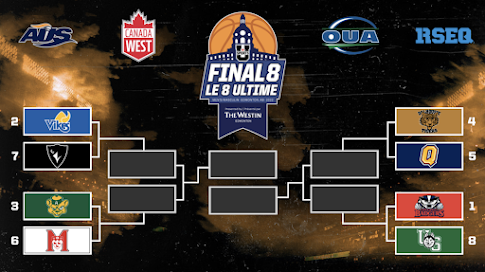 The Badgers arrive for the tournament as the Number One seed, that following their championship run in the OUA this year. U Sports previews their tournament path as follows:
The Brock Badgers, who won the OUA Wilson Cup with a 95-75 win over Queen’s on Saturday, will be the top seed going into this week’s U SPORTS Men’s Final 8. This is the Badgers’ second time as the No. 1 seed, with the last time coming in 1992, when they went on to win their first national championship.
The Vikes, despite being named the Number 2 seed for the tournament don't have an easy route towards a shot at the Sunday final.
Having claimied a Regional championship in CanadaWest, their return to the Finals marks the first championship tournament since 2014-15.
Normally success at the regional level provides for a bit of momentum, however the fates have offered the Vikes a twist with the Victoria squad now making ready for a date with the defending Champs the Carleton Ravens from Ottawa, a game anticipated for Friday for the drama it may bring.
The Ravens stumbled down the homestretch of their Ontario conference and ended up in the tournament by way of a wildcard berth and a spot they haven't seen this century, something that no doubt will motivate them to showcase their defending champion  form and make for a significant challenge for the Vikes to move forward .
The U Sports preview notes of their journey to the Final 8
The Carleton Ravens, who spent the season ranked Number 1 and were undefeated in the regular season, were a logical choice to take the wildcard bid given by the tournament seeding committee, which is made up of U SPORTS coaches.
The Ravens missed out on an automatic berth when they were upset by Queen’s last Wednesday. That loss, combined with the U SPORTS regulation that requires the tournament committee to respect conference playoff results, consigned the Ravens to the bottom half of the draw for the first time this century.
The Ravens and Vikings take to the court at 7 PM on Friday evening, the game streamed live through the U Sports portal and on CBC's Gem TV
You can review the stats package for the two Northwestern members of the Vikes below:

Trent Monkman
A review of the Vikes season can be found here.
For Prince Rupert's McChesney family, Justin gains the bragging rights for 2022, with the Vikes heading into Day one of  the final Eight, he's been able to extend his basketball season this year.
Brother Liam is playing NCAA ball at Illinois State, however the Redbirds season came to an end earlier this month, without a placement this year in the March Madness showcase for 2022.

Jesse Barnes
Notes on the U Sports Finals can be followed here.
Further items of interest on Northwestern athletes can be reviewed here.
Posted by . at 1:59 PM