Draws are Set, Countdown is on for 2022 All Native Basketball Tourney in Prince Rupert 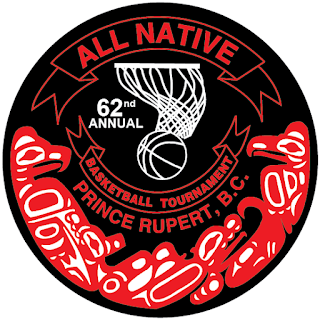 The schedule maker has put the wrap on the work for next month's All Native Basketball Tournament, with four divisions now complete with the blue print towards the Finals of April 9th.

Rescheduled due to COVID from its Traditional timeline of mid February, the 62nd edition of the ANBT will debut with Women's Division play on Sunday April 3rd, with Lax Kw'alaams and Greenville breaking the ice on the 2022 edition with a Noon hour matchup in the Arena.

At the same time,  Skidegate and Giwinksihlkw will tip it off in the Russell Gamble Gymnasium.

All other divisions open the tournament on Monday April 4th, with the Intermediates first up at 8AM, Senior Men's at 1PM and Masters at 2:30PM

Follow the ANBT Facebook page for any changes to the schedules above or for other notes on the 62nd edition of the event at the Jim Ciccone Civic Centres Russell Gamble Gymnasium as well as in the Arena.
More items of note on the tournament can be found from our archive page.
Posted by . at 9:08 AM