Fresh from their come behind challenge for Quesnel last week to claim the CIHL championship, the Terrace River Kings will be looking to put the cap on the season with a COY CUP win starting tonight at the Terrace Ice Arena.

The River Kings came back from a one game to none deficit last week to take the CIHL title and tonight they welcome the Dawson Creek Canucks to the Skeena Valley in what should be a dandy finale to the hockey season for the Northwest.

The Terrace side has had a pretty impressive run through the 2021-22 season, a year which saw them as the dominant team of the CIHL circuit. 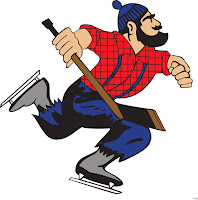 The Canucks for their part had a season to gather the travel miles having claimed their berth in the Coy Cup finale by way of a three game showdown in Merritt with Power River Regals and the Rosalind Warriors.The Dawson Creek regular season was one of a significant amount of travel throughout Alberta and BC, so being intimated in an out of town arena probably won't be a thing for the Peace Country squad. 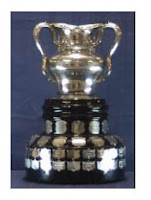 The three game showdown this weekend marks the return for the Coy Cup competition which was last awarded in the 2019-20 season to the Dawson Creek side, last year the Senior Men's championship was cancelled owing to COVID.

As we noted last week, a local group in Terrace have been putting a toe into the sports broadcast niche, with live streaming of select CIHL games, including last weekends CIHL showdown.

They have plans to be back to work starting tonight, they outline their venture for CFTK here.

If you can't make it to Terrace for Coy Cup games, the live stream can be found here.

Tonight's puck drop is at 8 PM, Game Two goes Saturday night at 7PM, if required a third and final game will take place on Sunday at 4PM.

Notes on the CIHL season and the Coy Cup hunt can be found through our archive page.