The producers of a feature film currently in production in the Prince Rupert area will be taking to some street scenes over the next few weeks, with the City of Prince Rupert providing an advisory today of some of the impacts on those travelling around the community during that period. 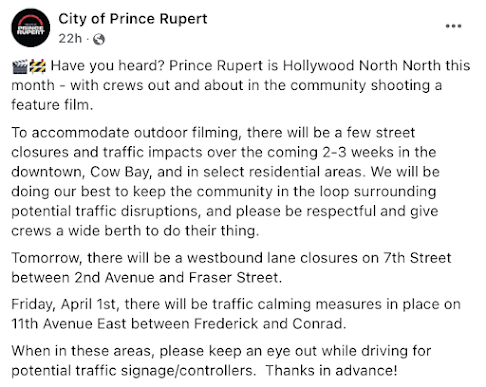 The film is The Island Between Two Tides and with filming underway today, the tide perhaps is going to be a little high with some heavy rain and occasional gusts of wind making for some of our famous Prince Rupert rain for scene setting on the day. 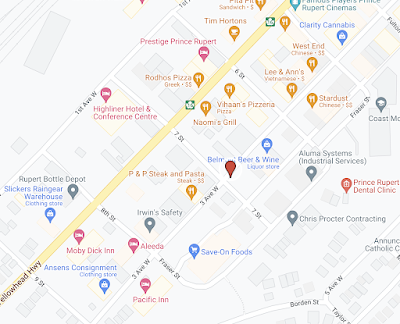 Today's traffic disruption was anticipated on Seventh Street between 2nd Avenue and Fraser Street in the vicinity of the new Eat Street section of downtown, that is unless the Director and Crew chose to make today a weather day and reschedule their planning.

The city has promised for more updates on the shooting schedule and its impact on the community as the film moves forward in its' production.

The Film production company Famous Red Car used their twitter feed on Monday to provide a hint that production of the feature, which will have some familiar faces in supporting and background roles is about to get underway. 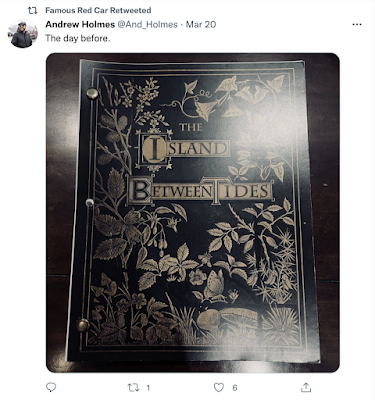 You can follow along for further notes to the theme here.

More notes on community events can be explored here.