Prince Rupert residents will get a glimpse into the work of the Prince Rupert Fire/Rescue Department tonight, as Fire Chief Jeff Beckwith provides a look at the volume of calls that came into the First Avenue Fire Hall in the month of July.

The report for this evening's Prince Rupert Council session, will note of the 143 emergency incidents that the Department responded to in July, as well as the details on two fires of significant note,  both of which occurred during a period that the department was 'stretched thin' on staffing owing to multiple non-critical medical incidents.

As Chief Beckwith observes in his report, the incidents served as the catalyst for last months declaration that the Fire/Rescue service will now only respond to 'Purple' medical calls, that in order to maintain a fire/rescue response within the community.

Some of our notes on that issue from last month can be reviewed below:

Since those concerns were raised in July, there has been no update offered from MLA Jennifer Rice's office, or from the BC Emergency Health service as to what, if any measures are now in place, or under consideration to improve on the level of staffing for the local ambulance service in the city.

The Fire/Rescue report on their work of July can be examined below: 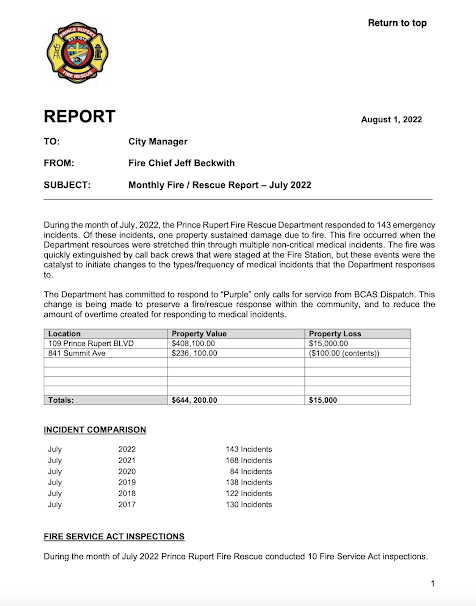 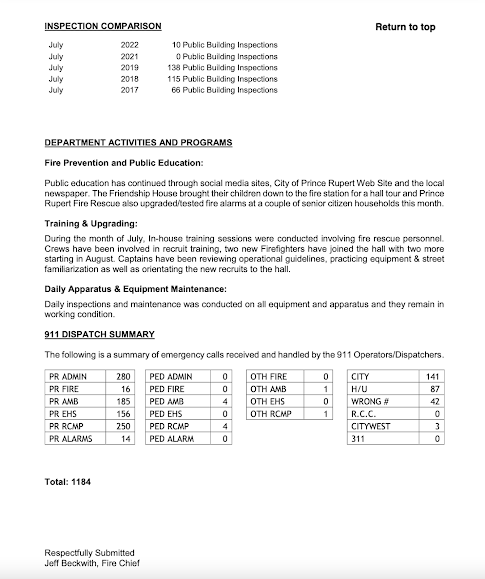 The report also provided notes on training through July, as well as a look at a year to year comparison over the last six years, which provides a look at the ebb and flow of incident calls during the period of review
In addition, the reported offered a review of the work of the dispatch office at the Fire Hall.
Later in the evening tonight, the Fire Chief will also offer up a review on the Fire Departments work when it comes to building inspections.
Chief Beckwith will note that prior to the pandemic the Fire Department had conducted close to 1000 fire safety inspections across the city, though the report will observe how the regular system of inspection has never been defined.
The report notes that with the Department moving back to their inspection role, the time is an opportune one to create a definition of the inspection frequency rate, with the Chief's notes outlining what the Department has in mind when it comes to that work. 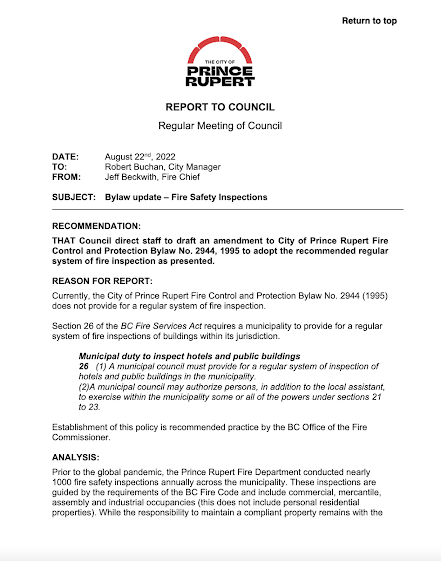 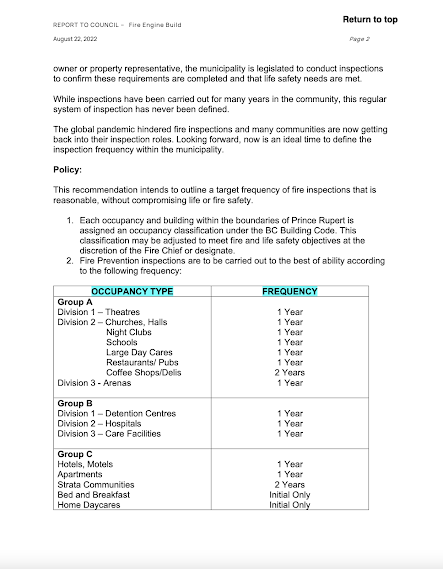 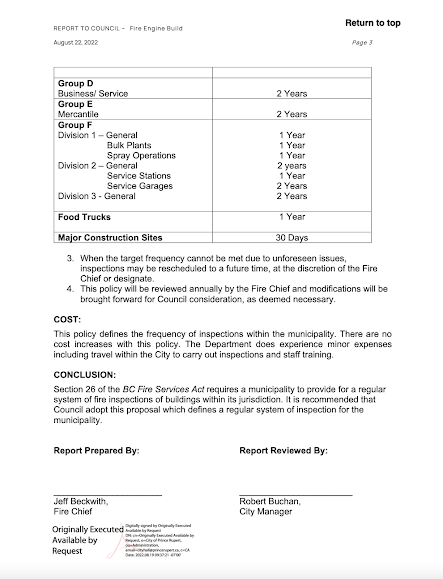 Both reports can be reviewed from the City Council Agenda for the Council session tonight.
More items of interest for tonight's Council session can be explored through our Council Preview page here.
A wider overview of the work of Emergency Responders in the community can be found from our monthly archive page here.
Posted by . at 9:22 AM