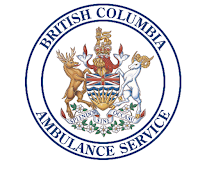 "It's a little disturbing to discover that there have been times where there has not been an ambulance available. I think we all live with a certain amount of peace of mind assuming that certain services are going to be available when we need them. So it is a rather disturbing issue to be dealing with"  -- Prince Rupert City Councillor Nick Adey on the current staffing issues for the BC Ambulance Service in Prince Rupert

Prince Rupert City Council members received a report from Fire Chief Jeff Beckwith on Monday evening that detailed a growing area of concern for the Fire Service, which more and more is backfilling for missing ambulance personnel in response to calls.

The topic from the Council session made for a public notice for the community, the details of which we relayed Tuesday morning, a declaration that notes that as of now, the city's Fire Department responders will only be attending the calls deemed as critical care, or purple on the call management protocol.

What led to that declaration was explored the Monday session, as the City's Corporate Administrator Rosa Miller outlined the full range of concerns from the Fire Chief.

Among some of the key observations from Ms. Miller's overview:

How the City is now finding additional expenses to provide for a provincially funded system and creating a situation which could have an impact on the Fire Departments ability to respond to fire situations in the community.

Ms. Miller recounted how what was once an emergency fill in situation has morphed into an ongoing and weekly occurrence. She reviewed  some of the recent instances where the PRFD have provided for the backfilling for Ambulance transport and how that takes the firefighter out of service for the Fire Service and reduces the department's ability to mount a response for a fire call and can result in Overtime costs to the city.
She also noted of the costs to the City  related to City firefighters driving the provincial ambulance if involved in an accident.
Towards a response for the City, she outlined how the City's Fire Department will if council approves, only respond to what are called purple or critical events calls. And to seek out compensation for any times they drive the ambulance.
The report also noted of their work with MLA Jennifer Rice on the issue, for which they are grateful for her efforts to the topic.
Ms. Miller also highlighted how the main focus for the report that of public safety, more than the financial impact. Noting of the requirements for the PRFD towards service.
"This is about community safety, there is a requirement, the Fire Service has a requirement  for a number of staff prior to making entry  for a fire. And if those staff are being called out to drive an ambulance for a non critical call it makes it more and more difficult to ensure that they have the staff available should a fire arise. So this is more about community safety and attending to that rather than the financial aspect"

The Discussion coming from the Report provided for much concern towards the current situation from the City's Council members who spoke to the topic.

Councillor Reid Skelton-Morven, paraphrased much of Ms. Miller's presentation, calling attention to the safety issues that the situation presents.

"The main focus, I know there was some dollar figures that were mentioned as well, a lot of this is really due to safety in the community. Because when we take a fire fighter off duty we now have a limited, a huge barrier to entry actually enter buildings. because they need an appropriate number of firefighters on shift and available on watch to effectively respond"

Councillor Wade Niesh expressed his concern at the situation as it has evolved.

"I've often felt that, you know, it's been a burden on our taxpayers when we're watching our firefighters who are paid for by local taxpayers, responding to minor calls that really in my eyes should be covered from the Ambulance Service ... Obviously our fire fighters will still respond to the purple calls being the most important calls, the ones where people's lives are at stake.

But I do feel that the Ambulance Service needs to step up and they need to hire more people to take care of the job that they are supposed to take care of;  I don't want to see our Firefighters burn out from doing someone else's job.

I think that they should be tasked first with doing their own job and being there as a back up to help. But many times when I've seen situations around town and I see fire fighters are the first one there and they're the ones doing the majority of the work and now their driving the ambulance for them ... this really bothers me. I feel that this is a good step to maybe bring that to a stop and hopefully they can step up and provide the service that they are supposed to provide"

Councillor Adey noted that the city's actions should not be viewed as a criticism of the work of the ambulance members in the community.

"I support the motion first of all and I encourage any efforts made to remedy the shortages at the institutional level with the BCAS as well.  I do want to just make a point that in criticizing the BCAS Service levels we shouldn't necessarily allow that to be interpreted as criticizing the paramedics on the ground who are also overburdened with the work that they do as well, so I do want to recognize that as well"

Councillor Cunningham concurred with Mr. Adey's comments, adding his own observations on the city's requirements for fire fighter response in the community.

"Our firefighters are trained up and entry level requires x number, I think tis four firefighters to be on the scene, if they don't have four, you know they're not going to stand outside and hear somebody screaming inside a house. They're going to take a chance and go in there without the right personal there and that's our firefighters to a T.

Councillor Skelton-Morven also relayed some concerns he has heard from members of the paramedic service in recent times.

The full discussion can be viewed through the City's Video archive starting at the one hour forty four minute mark.

The City's declaration from Monday night can be reviewed here.

More notes on Monday's Council session are available from our Council Timeline feature.

A look at the work of all Emergency Responders in the northwest is available here.