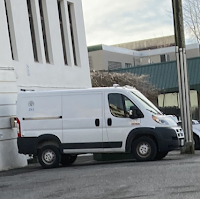 Bylaw scofflaws in Prince Rupert beware, the City is working on a new plan to make sure you pay up what you owe.

A report from Corporate Administrator Rosa Miller for tonight's City Council session, is set to outline a new approach towards the resolution of minor bylaw infractions.

With City staff recommending that the City work with the Ministry of Attorney General to appoint an adjudicator that would replace the Provincial Court system as the course of resolution towards unpaid fines.

The report which is included in tonight's Agenda Package, notes of the volume of lost revenue that such a measure might be able to return to the civic coffers.

The cost of bylaw adjudication system will vary depending on the volume of bylaw infractions. Currently, municipalities who participate in an adjudication process see an increase in payment of fines of an average of 40%. 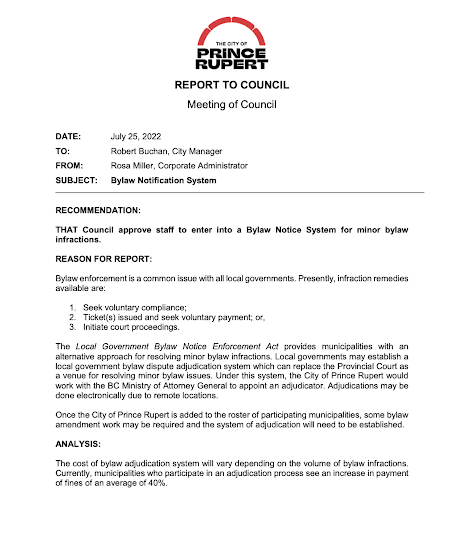 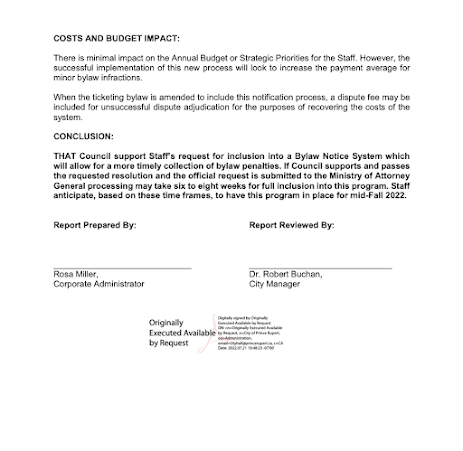 There are a few areas where the Council members may look to seek some further details on the plan for residents tonight.
Such as who, or what agency,  the City may have in mind towards the role of an adjudicator, as well as to how large the roster of participating municipalities is that the city is looking to join in the line for the Attorney General's Attention.
The report indicates that if all goes well for the City, staff anticipates that the program could be in place for the mid-Fall period of this year.
It's not the first time that a municipality has approached the office of the Attorney General for some help on bylaw fine collection themes.
At the 2018 UBCM convention, the Municipality of Whistler had proposed using the ICBC system as a way to encourage those with bylaw fines to pay their fines off.
That initiative did not gain much traction at the time, with the Province responding to UBCM at that time that had no plans to use ICBC to collect such fines.
More notes on this evening's City Council session can be explored from our Preview here.
Posted by . at 9:43 AM