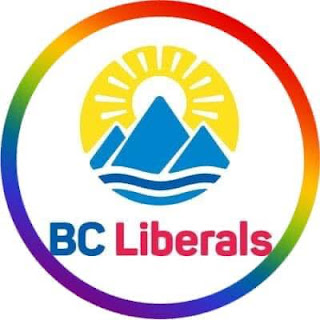 The leader of the BC Liberal Party is currently wandering the northwest, part of an extended Northern Tour that has seen Kevin Falcon speak to community residents and party loyalists at a number of events.

Yesterday, he was in Terrace spending some time with Skeena MLA Ellis Ross, the Opposition Leader chronicling some of his travel on his Twitter feed, 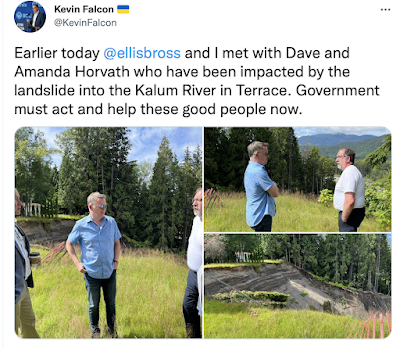 The Skeena MLA meeting his leader at the Airport and sharing some notes through his Social Media feed on the trip and a chance to take in the Terrace Air Show through his social media page.

Previous Stops on Falcon's trek across the North included a few whistle stops for Prince George and Quesnel. 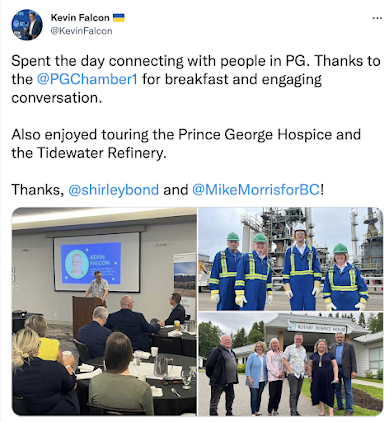 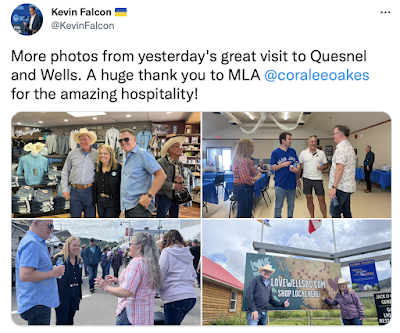 There's no published itinerary for Mr. Falcon's travels, so it's not sure if he's included a stopover in Prince Rupert as part of his current expedition to the Northwest.
If they do have any plans to welcome the BC Liberal leader to the Prince Rupert area, the details would seem to be pretty low key for local Liberals. 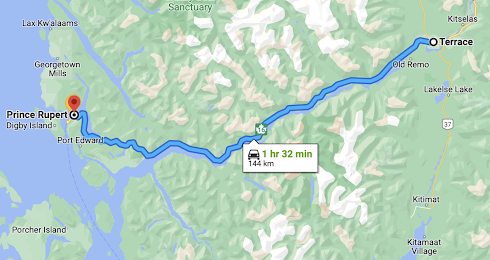 So far there is no mention from the BC North Coast Liberal Party Association of any plans for Mr. Falcon to travel the extra ninety minutes down the most scenic highway in the province to come share the word with party members here and speak to some local issues for the North Coast.
Should we hear word, or spot him on the streets of Prince Rupert we'll offer an update!
Update: The BC North Coast Liberal Party Association advises that Mr. Falcon won't be making a stop in Prince Rupert today, though they hope to have him come to the North Coast in the near future.
Til then, here are some noted of his tour of Terrace
July 21 -- Day Two of Kevin Falcon's Terrace visit (video)
July 21 -- BC Liberal Leader Falcon meets with Terrace City Council
July 20 -- Kevin Falcon visits Terrace (video)
More notes on themes of the legislature can be reviewed from our archive page here.
Posted by . at 10:16 AM