T minus one day and counting until Northwest Air Show

In just over twenty four hours the skies above Terrace will be the backdrop for a spectacular aerial showcase as the Northwest Regional Airshow kicks of with a 5PM start to the festivities.

The first of the events bringing to realization over a year or more of planning by Terrace officials and marking the return of the famed Royal Canadian Air Force Snowbirds for the first time in over two decades. The squadron sending a shout out to the Northwest today through their twitter feed. 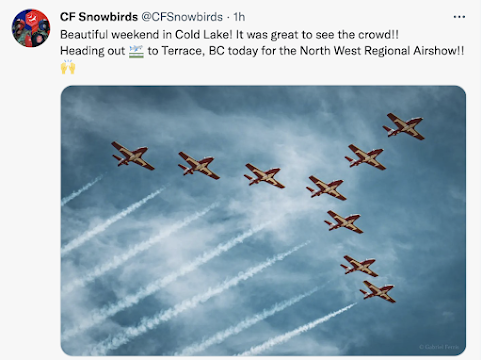 In addition to the famed aerobatics squadron the Canadian Forces  SkyHawks will be showcasing their parachute drop skills over the Terrace airport, the team arriving by way of an  RCAF Hercules on Monday.

There was no need to alert the community of the arrival of one of the RCAF's largest planes, a fly over the downtown core on Monday providing the "We're here" greeting that residents have been waiting for. 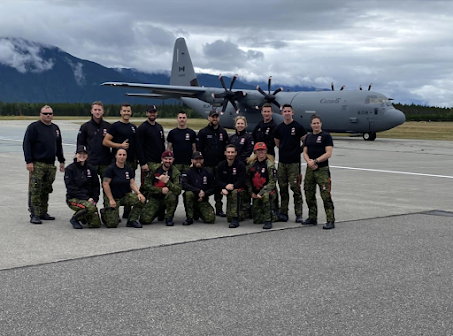 Along with the Snowbirds, Skyhawks and the CF18 Demo squadron, there will be a range of other aerobatic acts and static displays at the Terrace airport as part of the Wednesday afternoon/evening event. 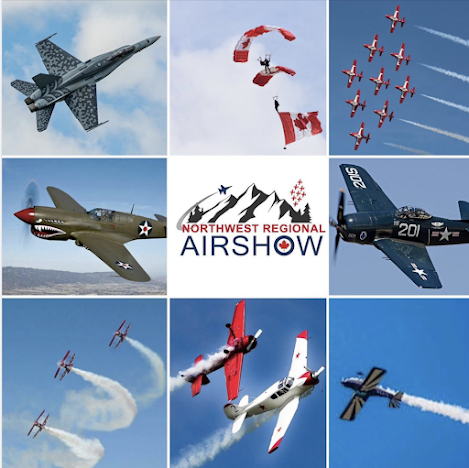 Air Show Organizers have been using their Social Media stream with the latest updates over the last few weeks as well as to offer up a reminder on what to bring and what to leave at home on Show Day. 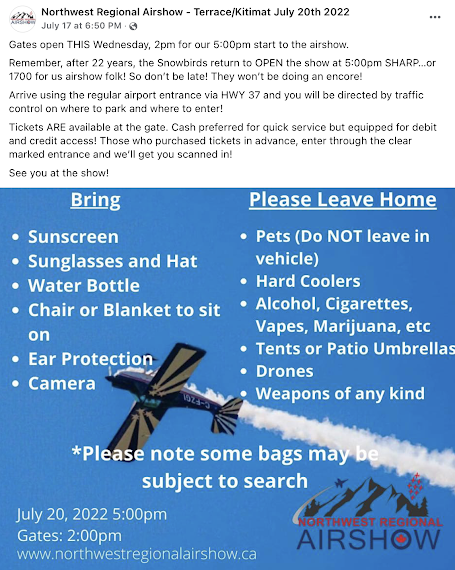 Gates to the Terrace Airport open at 2PM, The Airshow starts at 5PM

Some past notes on the much anticipated event can be explored from our archive page.