One injury reported in Seaplane incident at Ecstall River 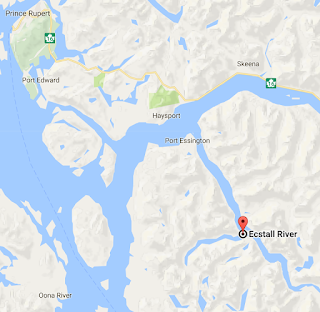 A pilot from Ocean Pacific Air is resting at Prince Rupert Regional Hospital with non-life threatening injuries, that after a morning incident Friday over the Ecstall River near Brown Lake.

Few details have been released by the RCMP about the nature of the troubles for the aircraft, or where the flight was destined for went it down on the northwest river which feeds into the Skeena River.

The pilot was the only one on board at the time of the incident.

Members from the Prince Rupert detachment of the RCMP were notified shortly after 8:30 AM and attended to the scene, which saw the pilot airlifted by a medevac craft and transported to hospital in the city.

The file has been turned over to the Transportation Safety Board of Canada for further review, that federal body has not announced to this point if they plan to conduct an investigation into the incident.

Ocean Pacific operates charter flights out of the Seal Cove Seaplane base on the city's east side.

Further items of note about Northwest Emergency Responders can be reviewed on our archive page.