There's a new monument of tribute in place on Prince Rupert's waterfront, with the official unveiling of a plaque and monument stone to World War 1 veteran Lieutenant-Colonel Cyrus Peck having taken place in the last week of August.

The long planned project, which was a Prince Rupert Rotary initiative, pays tribute to the Victoria Cross recipient and trailblazer in the community who first arrived on the North Coast in 1903, he passed away in 1956 leaving a career of service covering military, community and political themes.

The local event which took place on August 31st and was attended by members of the Prince Rupert Chamber of Commerce, Prince Rupert Mayor Lee Brain and other dignitaries, the celebration of Mr. Peck's life was noted as part of the Chamber Facebook feed last week. 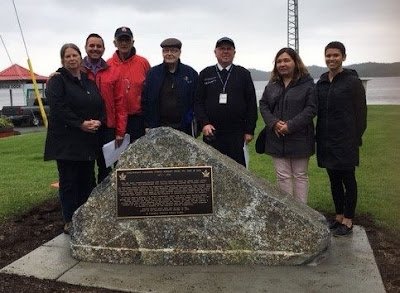 The plaque which accompanies the monument stone offers up an account of Colonel Peck's service in World War one as well as his commitment to community and province in the years following the war.

Included in the inscription is the background to the events of September 18th at Villiers les Cagincourt, France where under heavy machine gun Fire the Lt. Colonel led his troops by making a a personal reconnaissance of the enemy positions.


The Citation of award of the Victoria Cross can be reviewed below: 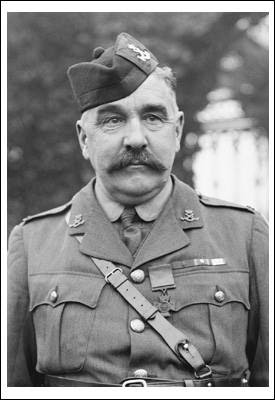 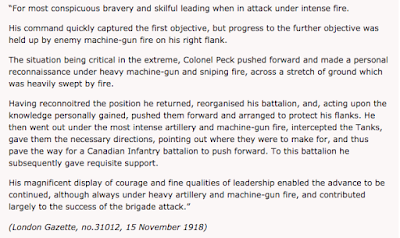 The bottom half of the waterfront tribute makes note of his pioneering days in Prince Rupert and the leadership and skills that he brought not only to the battlefield of Europe, but back home in British Columbia as well.

The path towards honouring the World War 1 veteran began in January of 2016 when City council first announced their plans to explore how best to honour the First World War hero.

From there work began to develop the site at Rotary Waterfront park, with the new tribute placed just west of the Kwinitsa station museum location, overlooking the lightering dock on the waterfront.

You can review Lieutenant-Colonel Peck's entry with National Defence here.

More accounts of community events on the North Coast can be found on our archive page here.

Correction: It has been brought to our attention that the genesis of the Memorial plaque was not as a result of an initiative of the Prince Rupert Rotary Club, but rather through the British Columbia Veterans Commemorative Association.

Locally the work involved to bring the plaque to public display was through the tireless efforts of Kathleen Larkin, the Deputy Librarian at the Prince Rupert Library.

Officially dedicated at the November 2015 Remembrance Day ceremonies, the plaque was stored at the Prince Rupert Legion until  the placement ceremony of August.  As part of the initiative, the City of Prince Rupert offered to provide the rock for the plaque to be placed upon, as well as the cost of  having it attached.

We are glad to provide the correction to the original story and take note of the many local efforts involved in bringing such a project to its completion.

You can learn more about the work involved from Ms. Larkin at the Library.