With the first Regular Public session for the year out of the way on Monday evening, mid January brought a bit of a boost for the Mayor's out of town mileage on behalf of the city, with a pair of trips taking Mayor Brain to Vancouver and Prince George during the course of the last week.

Wednesday the Mayor was part of a Prince Rupert delegation in Vancouver to hear an announcement of joint Federal/Provincial funding that will see CityWest take on a major infrastructure project along the coast of British Columbia.

As we outlined last week, the Sub Sea Fibre optic project will find the Prince Rupert owned communication company installing a major communication connection to Vancouver Island and Haida Gwaii, allowing for a second backbone into the Lower Mainland for the Northern based company.


Friday, Mr. Brain was in attendance at the opening session for the BC Northern mayors round table, hosted by the North Central Local Government Association, with the Mayor noting through his social media stream that it provided an opportunity to share ideas and concepts on a few themes common to all communities.

Among some of the areas the Mayor's Round table explored were housing issues, discussions on reconciliation, how to address the opioid crisis, municipal infrastructure, economic development, the environment and Social Responsibility.

Joining the Northern Mayors were NDP MLA's Jennifer Rice and Selina Robertson, who provided for some reviews of their areas of responsibility with the provincial government and discussed issues of concern with the municipal representatives. 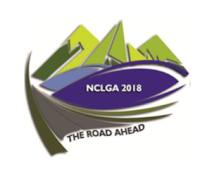 their larger convention set to take place from May 8 to 10 of this year in Fort Nelson.

The theme for the three day Spring get together is "The Road Ahead" and the NCLGA has laid out an ambitious Draft Agenda to cover a range of topics.

Some of the key areas to be addressed will include a Rural Roundtable, tours of area infrastructure, an opportunity to explore a number of Northern British Columbia attractions and experiences, as well as the regular business of the Annual NCLGA convention.

You can review the proposed agenda for that event here.

For more items of interest related to City Council themes, see our Council Discussion Archive.
Posted by . at 9:10 AM

Email ThisBlogThis!Share to TwitterShare to FacebookShare to Pinterest
Labels: Mayor Brain on the road