ILWU and Marine Employers set to head to the bargaining table

When representatives of the ILWU and BC Marine Employers Association get together in the near future, the goal will be to keep the flow of goods through British Columbia's ports continuing at its current pace and without any form of a labour disruption, but to get to that point it appears that some tough bargaining is on the way.

The current agreement comes to an end on March 31st and both sides of the negotiating table have their discussion points already in place, as they prepare to settle in to work towards a new agreement.

One area which may make for a sticking point out of the gate, is the quest for another eight year term as the last contract provided for.

With the Employer's Association indicating that they aren't inclined to host that lengthy a contract once they conclude the upcoming round of negotiations.

That could make for the first obstacle for the two sides, as the current agreement has provided certainty for workers over the years and would be a past accomplishment that the ILWU may not to relinquish without movement on a number of other issues.

What all of those with an interest in waterfront developments are hoping for is for the two sides to come to terms on a agreement that will not see the province's ports return to the days of lengthy labour disruptions on the waterfront.

Particularly as both the Port of Vancouver and Port of Prince Rupert look to build on their growing reputations for timely delivery of goods through container facilities in the province. 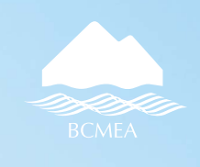 In recent years, Canadian ports have benefited from extended labour disruptions in the United States, as shipping lines made alternative plans to move their goods, in some cases changing their business strategy following those labour disruptions to put more of a focus on the Canadian options.

Port operators will have that in mind as the BCMEA and ILWU get down to the hard bargaining that is ahead.

You can examine the current contracts that are in place on the waterfront from the BCMEA website which has both the Long shore Collective agreement and the Formen Collective Agreement available for review.

Any items of note for the ILWU membership will be found through the range of online information sites for the different locals.

No timeline of when the talks will begin has been released to this point.

Should the negotiations not go well and a labour disruption takes place, the impact would be felt beyond the operations of the DP world container facility at Fairview.

ILWU members also have a number of responsibilities at other port facilities, all of which could be affected by the nature of the talks ahead.


Business in Vancouver has an in-depth and informative look at some of the issues of the upcoming labour negotiations, you can review their notes here.

More items on developments from the Prince Rupert waterfront can be found on our Port of Prince Rupert archive page, as well as our archive for the DP World container terminal at Fairview.

We also host a collection of items related to labour issues in the Northwest which you can review here.
Posted by . at 10:04 AM

Email ThisBlogThis!Share to TwitterShare to FacebookShare to Pinterest
Labels: Waterfront negotiations will be of keen interest to port operators and transportation groups