As we outlined on the blog on Wednesday, CityWest has received over twelve million dollars in funding from towards a project to create a sub sea fibre optic link between Prince Rupert and the Lower Mainland and across to Haida Gwaii.

In a media release from Wednesday CityWest officials outlined some of the key elements to the project which is expected get underway in the early part of this year, it will begin with more detailed studies and engagement.

It is anticipated that it will take three years to be completed as they take to a phased in approach to the construction of the secondary backbone to the CityWest fibre optic network.

"By building this infrastructure, we're bringing the benefits of improved telecommunications to providers in communities along the coast. I'd like to thank the provincial and federal governments for their support in connecting geographically remote communities in British Columbia."

For the CityWest project, the fibre optic cables will go undersea through the Inside Passage from Prince Rupert to Port Hardy and will link up with a network owned by the Strathcona Regional District. 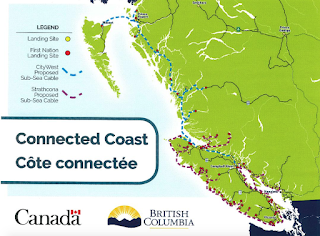 Once completed and in operation, the combined network will connect 154 communities along the North Coast and Vancouver Island, including 44 First Nations communities.

The total length of the fibre optic cable for both undersea and below ground installation is estimated at over 3.4 million metres.

CityWest's President of Sales and Project Management Donavan Dias, made note of the support that CityWest has received as they worked towards Wednesday's announcement.

"We have received tremendous support from all levels of government, including from First Nations communities, businesses and community organizations all along the coast.  In total, we received over 60 letters of support in very quick fashion. This level of interest illustrates the importance of this infrastructure project"

Prince Rupert Mayor Lee Brain who was in attendance for the announcement as part of the North Coast delegation offered up some thoughts on the news of the day through his Facebook page, noting how the funding will move CityWest into a global arena.

As a company wholly-owned by the City of Prince Rupert, Citywest is now scaling up to a truly global arena to provide modern reliable internet connectivity at speeds comparable to what customers in the city enjoy.

The announcement has also been hailed by residents of Haida Gwaii, with the Council of the Haida Nation calling the prospect of improved connectivity as a transformative event for Coastal First Nations Communities.

Peter Lantin, the President of Council of the Haida Nation and Director of the Coastal First nations highlighted a number of areas where the improved connectivity will make for significant change in communities, among some of those themes include:

“We have more than 100 watchmen who patrol our territories each day. They gather data using iPads. Today, uploading the data can take between 1-3 hours each day. Faster connectivity is going to have an enormous impact on how they do their jobs.” 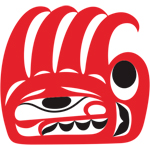 “The lack of broadband contributes to fragmentation of our communities. Often students are forced to move for training and education because online training is impossible to get on the coast. Faster Internet connections will change that,” ... “Broadband connectivity will facilitate a greater sharing of our cultures by allowing schools to download large data files related to traditional use studies or cultural centre historical materials.”

The full announcement from the CHN and CFN can be reviewed here.

The creation of the sub sea fibre optic network will also add to the ability of CityWest to add to redundancy of its service to the Northwest, which Mr. Marett noted will provide for additional reliability of their services to residents of the region.

"Redundancy is something we've been looking at for a long time. Residents and businesses in the North will definitely benefit from this project, purely from a reliability perspective"

You can review our original notes from Wednesday here.

Further background on items of interest related to CityWest can be reviewed on our archive page.