Right place for viewing; but Mother Nature may have other plans for us when it comes to Super Blue Blood Moon Lunar Eclipse 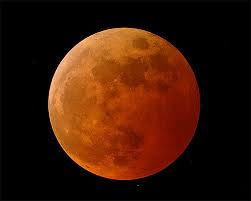 A triple play of celestial events will play out in the early morning skies above the North Coast on Wednesday and for sky watchers, one of the best vantage points would be our corner of British Columbia .... if only Mother Nature will cooperate.

The Super Blue Blood Moon Lunar Eclipse is set to make an arc over Western North America and as it does it will appear closer to the earth than at any other time of the year.

The event brings together a SuperMoon, A blue Moon and A Blood Moon featured as part of a Lunar Eclipse.

The Super Moon because it makes the Moon appear larger to us on earth, the Blue Moon because it's the second Full Moon of the month and the Blood Moon because the refraction of rays will give the Moon surface a startling red appearance.

To give you some idea as to how rare an occurrence the three coming together is, the last one took place about 154 years ago and scientists suggest it will probably be about that long into the future before it happens again.

Prime Viewing time for Prince Rupert, Haida Gwaii, Southeast Alaska and along the North Coast will be at  4:51 Wednesday morning when the Eclipse begins.

The maximum point of the eclipse will be at 5:30 with the celestial event coming to a conclusion at just before 6:10.

And all of it will be available for your review, providing the skies cooperate and at the moment that is going to be a hit and miss proposition.

The most recent Forecast from environment Canada calls for Rain to end before the morning, with clouds moving in. Something that may not make for the best viewing potential.

Skywatchers will have to decide tonight whether they want to set their alarm for an early morning wake up and hope for the best, or if slumber is going to trump celestial showcases.

Sky and Telescope provides the best graphic proof of our prime location for viewing as well as some notes on what you'll see as the eclipse unfolds above. 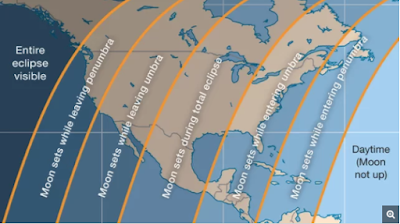 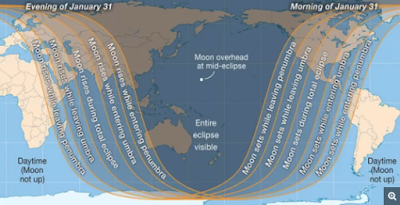 Should the clouds part and the clear sky appear, here are some notes on what to watch for in the early morning hours.

If the clouds remain in the way ... there's always NASA

More items of interest on weather related events in the Northwest can be found on our archive page.


To return to the most recent blog posting of the day, click here.
Posted by . at 6:00 PM