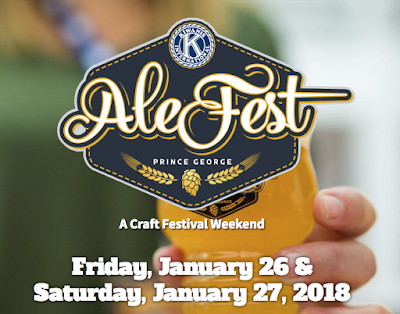 Some familiar brews will be on hand for those set to take in the wide array of offerings from the Prince George Alefest this weekend, with both Prince Rupert's Wheelhouse Brewing Company and Sherwood Mountain Brewing in Terrace preparing to bring some of their signature ales to the popular Central Interior event.

The Northwest brewers will be joining a list of thirteen other participants that spans the province from the British Columbia Interior to the Lower Mainland and Vancouver Island.

Entering its fourth year, the popular Beer Festival hosted by the Prince George Kiwanis Club has seen some significant growth in the short period of time that has been launched.

With tickets to the two days usually snapped up in quick fashion for the beer sampling and tasty meal options from Prince George area chefs with two signature dinners planned as part of this years festivities. 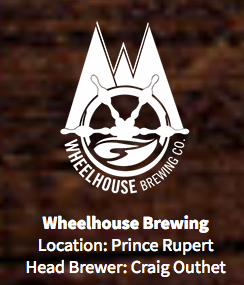 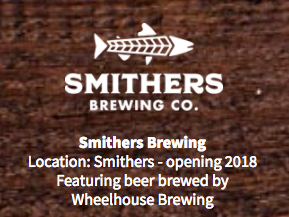 Those in attendance at this years event can also learn more about plans for the opening of a third Northwest option for craft beer, the Smithers Brewing Company which has plans to open in 2018.

Representatives of the venture will be on hand to share the word of their brewing initiative, with the Smithers location making plans to feature beer brewed by the Wheelhouse in Prince Rupert.

Should you find yourself in Northern British Columbia's largest city on Friday or Saturday, a sample of what's ahead can be reviewed here.

Some media notes on the high profile social event can be found below:

For more items of interest related to the Northwest Business sector see our archive page here.
Posted by . at 10:29 AM