The final decision will go to those who log on to vote, but for a number of Prince Rupert businesses and services, the chance to claim an Business Excellence Award from the Prince Rupert Chamber of Commerce is one step closer with the announcement of the finalists for the 2018 edition.

The finalists in the competition were announced at the Nominee's reception on Wednesday night at the North Coast Meeting and Convention Centre.

Seventy four businesses, services or organizations have made it to the final stage for voting, following the nomination period which began in November and came to a conclusion just before the Christmas holidays.

The listing of the final nominees for the 2018 awards provides a good overview of the city's commercial sector as well as a glimpse at some of the new arrivals in the community and the work of some of those that are in the not for profit sector.

There are fifteen categories in this years competition and the Finalists include: 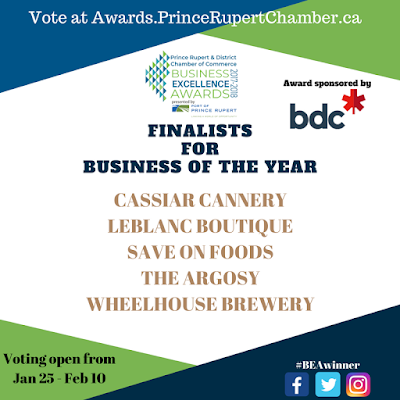 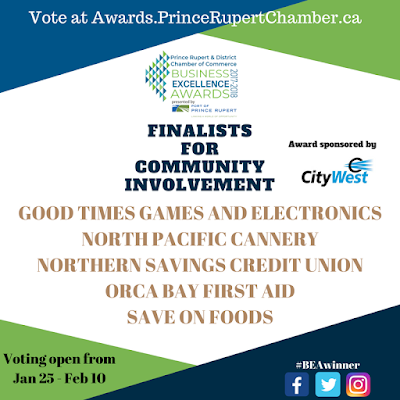 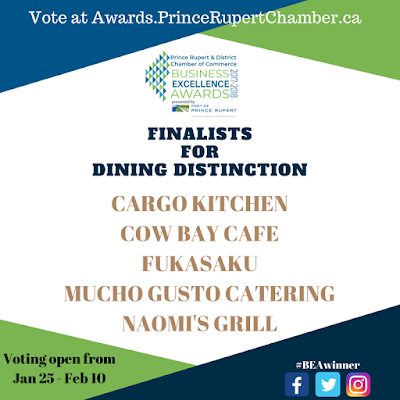 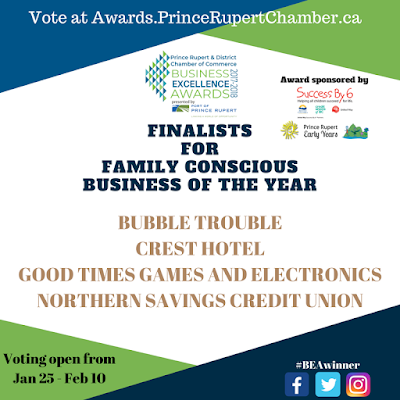 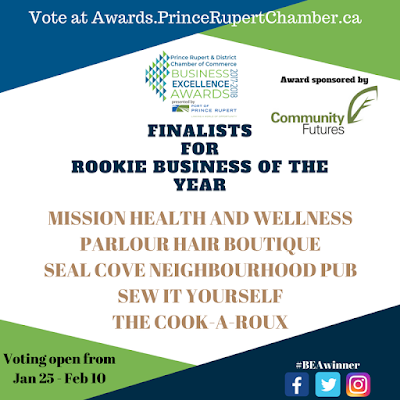 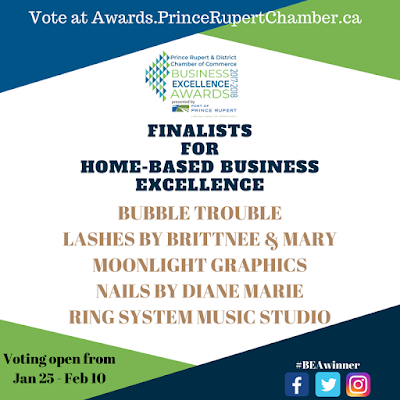 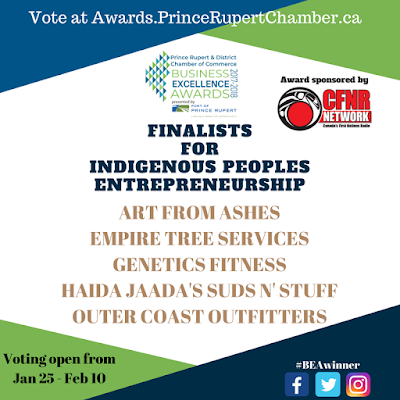 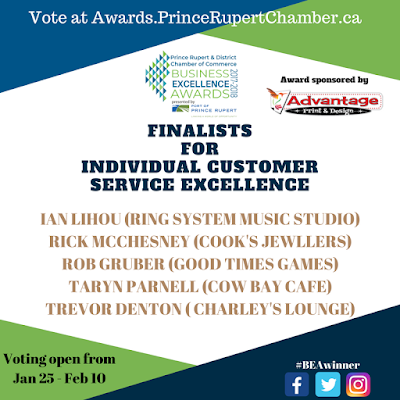 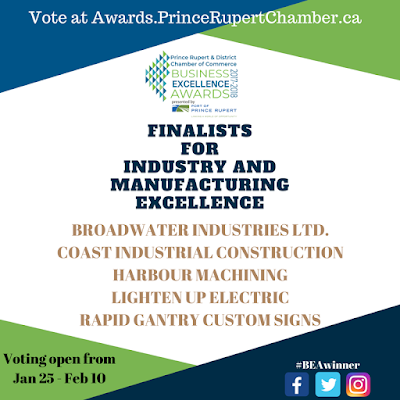 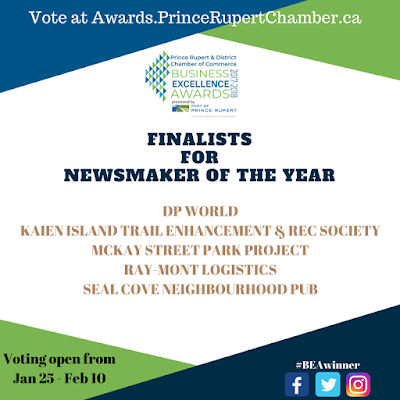 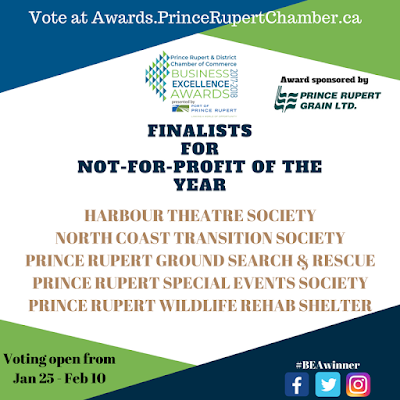 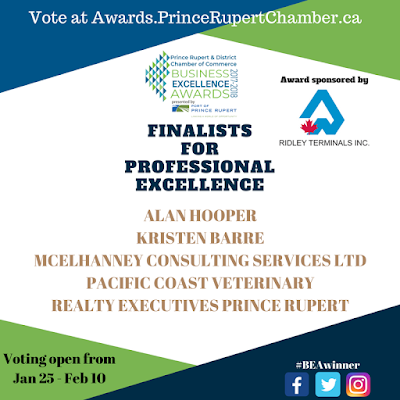 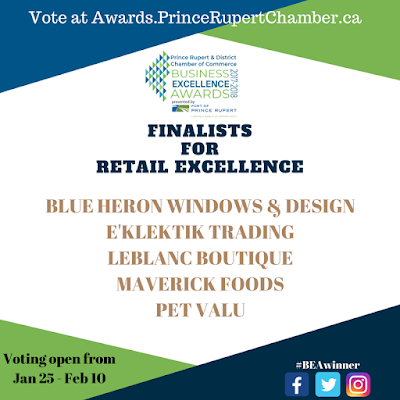 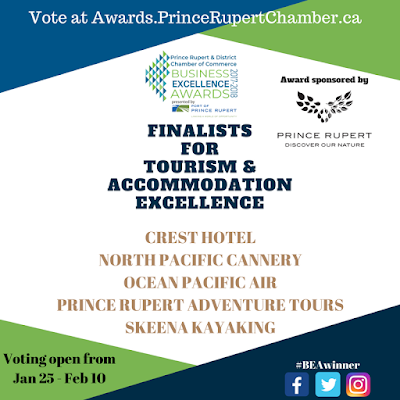 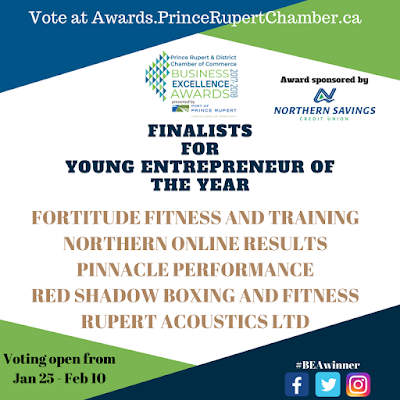 Voting began on Thursday morning and you can continue to cast your ballots until February 10th.

The launch of the voting process did deliver a bit of a glitch for Chamber organizers, with a number of would be voters having trouble accessing the required four digit code to cast their votes. 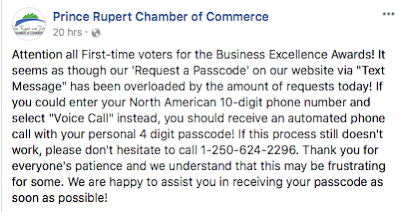 Once you have your passcode, you can cast one ballot per day.

All but one of the fifteen awards are decided by popular vote, the Newsmaker of the Year Award is determined by way of a juried panel process.

As well, in a bid to spread the acclaim around, the Chamber notes that should a business win the vote in two categories, it will receive the award with the largest lead, while the runner up will received the second award.

If you have questions about the Chamber Awards you can contact organizers at 250-624-2296.

The Awards will be handed out at the Chamber's Gala Evening of  March 3rd at the Lester Centre.

More items of interest from the regions Business sector can be found on our archive page here.
Posted by . at 10:14 AM

Email ThisBlogThis!Share to TwitterShare to FacebookShare to Pinterest
Labels: Chamber Awards finalists for 2018