A routine transit of the Inside Passage between Ketchikan and Bellingham for the MV Kennicott turned into a rescue mission as the Alaska Marine Highway vessel responded to a distress call issued by the Joint Response Rescue Centre out of Victoria.

The Kennicott which was on its regular run between Alaska and Washington state responded to the distress call for a six metre fishing vessel that had capsized south of Bella Bella on Friday morning. 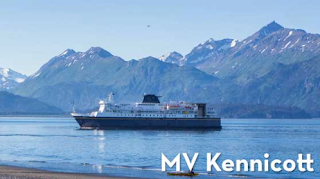 The Alaska Ferry travelled to the area of the reported capsizing and was able to bring five of the six crew members who had managed to swim to shore aboard, using their fast rescue boat to retrieve the five survivors from Humchitt Island.

The sixth member of the crew, now identified as a resident of Williams Lake is still reported as missing and the RCMP at Bella Bella have taken over the file and the investigation.

An RCMP dive team is on station in the area of the sinking as part of the response to the incident.

During the course of the response to the incident air assets were dispatched by the Rescue Centre to assist vessels in the area in their search.

The Transportation Safety Board has also been informed of the incident and is waiting for vessel recovery as part of their process of investigation.

Some background on the incident can be found below

For more items of interest related to the work of Emergency Responders see our archive page here.

To view the most recent blog posting of the day, click here.
Posted by . at 9:14 AM