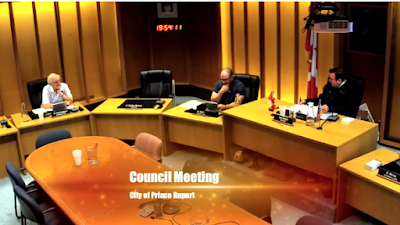 Councillor Barry Cunningham asked a few questions that many residents of the community have probably expressed over the last few weeks, seeking some details on when a few high profile road projects may finally reach the finish line.

It was as though he may have read our blog item of last this week, which noted that a number of projects appear to be running a bit behind schedule, with two in particular of concern to the city councillor. 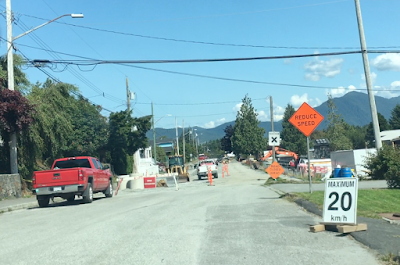 For his inquires, Mr. Cunningham focused on the status of the Seventh Avenue East project, near the Metlakatla Elders/Seniors Centre. With the Councillor observing as to the seemingly floating completion date that the project seems to have taken on,

He also noted for Council that residents of Seventh Avenue East currently cannot have mail delivery because of the ongoing construction, requiring them to travel downtown to pick their mail up at the Post Office.

Mayor Brain offered up his understanding of the Seventh Avenue East project, stating that he believes that it will be complete by the end of September, to which Mr. Cunningham suggested that Council should seek a firm confirmation date from the contractor. 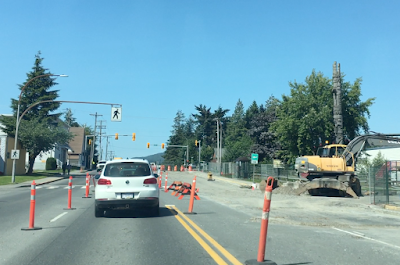 The other project was the still incomplete state of the McBride Street project, which began in mid June and still has yet to see the safety fencing come down and the traffic return to all four lanes of the city's main arterial road.

Mr. Long noted that the City had been awaiting the completion of paving of the Airport Road and that it's anticipated that the McBride street work will be completed shortly.

Those comments mirrored much of the information delivered by the city's Communication officer of earlier this week, which noted that the majority of the work had been completed, with only the paving to take place, a project that has been delayed this week owing to ongoing deluge of rain that has hit the North Coast.

You can review the twin themes of road construction from the City's Video Archive starting at the 53 minute mark.

For more items of interest related to Monday's Council session see our Council Timeline Feature here; as well as our archive of notes from the August 19th meeting here.

For a wider overview of some of the city's infrastructure projects see our archive page here.

To view the most recent blog posting of the day, click here.
Posted by . at 10:31 AM