MLA's to get mail, mail and more mail on themes of teacher's negotiations


With still no word on the progress of talks between the BCPSEA and BCTF when it comes to the current round of contract negotiations, some members of the teachers' union are making plans to take to their keyboards to forward some messages to the their MLA's.

With the teachers and their supporters looking to urge MLA's to address a range of outstanding issues.

North Coast MLA Jennifer Rice can most likely expect to find a few correspondence in the In Box in the next few days, with a number of local teachers sharing the message below through their social media feeds.


It's part of a continuing campaign from the teachers and their union to reinforce their position on some of the key areas surrounding the negotiations.

The focus on MLA's picks up where teachers left off as the previous school year came to an end, when Ms. Rice, along with her NDP government colleagues were recipients of a number of missives during that period of time. 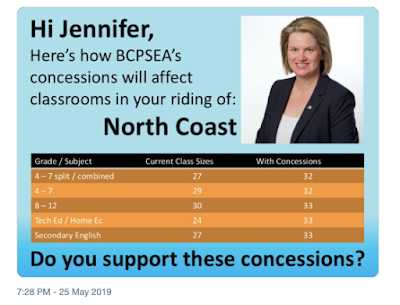 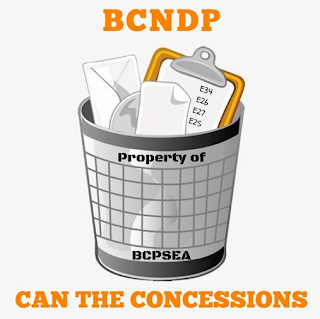 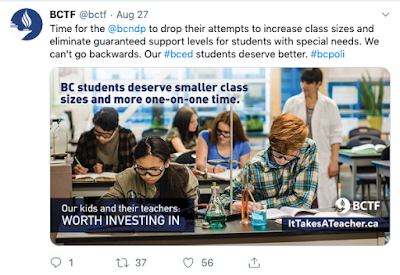 The BCPSEA has for the most part kept to its website with occasional updates on the issues and themes of the current round of bargaining.

The BCTF has also made use of its website to reinforce some of their key issues during the negotiations.

Rob Fleming, B. C.'s Minister of Education expressed his belief earlier this week that the start of school on September 3rd would not be impacted by the lack of a contract or the pace of negotiations.

Though his thoughts on the length of time that the contract talks have taken did bring a quick reply from the Teachers who provided the Minister with a bit of a recent history lesson. 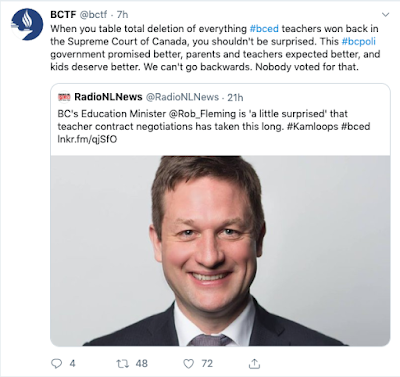 A news blackout has so far been respected by both sides of the negotiations, though with the current mediation sessions set to come to an end, parents, students, teachers and administrators should all have a clearer picture of where the labour situation may be heading as the first day of school draws closer on Tuesday.

For more items of note related to education in the Northwest see our archive page here.