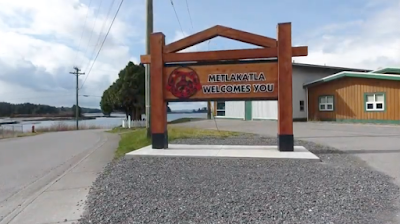 Members of the Metlakatla First Nation have had just over two months now to consider their options when it comes to the election of the Governing Council for their community and today is the day that they make their decision as to who will guide their future for the next four years.

The campaign period at an end the polling stations opened at 9 AM and will close at 8PM, followed by the vote count and announcement of the successful candidates to come.

As Metlakatla residents head to their polling stations, two candidates are seeking the Chief Councillors Position, with another ten looking to fill the six spots on the Council.

Some background on the quest for Council membership can be reviewed here.

Metlakatla First Nation  members can also vote by electronic voting, a process which began in late June and continues until the close of the polls today.

Voters also had opportunity to vote by mail in ballot, with the deadline for that option also prior to the end of the polling period.

More background on the voting options can be found here.

Updates from the community as they head towards election day can be reviewed from the Metlakatla website and Facebook page.

More notes related to the Metlakatla First Nation can be explored on our archive page.

Email ThisBlogThis!Share to TwitterShare to FacebookShare to Pinterest
Labels: Election Day for Metlaktala