NDP build on their lead in Skeena-Bulkley Valley, as Conservatives slip by 2% 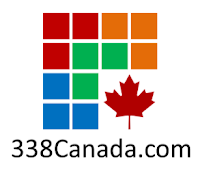 The latest findings from 338Canada will be welcome news for NDP supporters and candidate Taylor Bachrach.

That as the organization which serves as a national observer of Canadian politics releases their weekly results showing the NDP continue to hold their ground in Skeena-Bulkley Valley.

When it comes to the projection of Popular Vote in the riding, Mr. Bachrach at 39.3% holds an 11 percent lead over nearest rival Conservative Claire Rattée who registers at 28% for the party.

Further back in the pack are the Liberals, Greens and People's Party of Canada candidates with 15.8%, 12.8% and 3.5% respectively.

The Christian Heritage Party does not make for any traction in this weeks review. 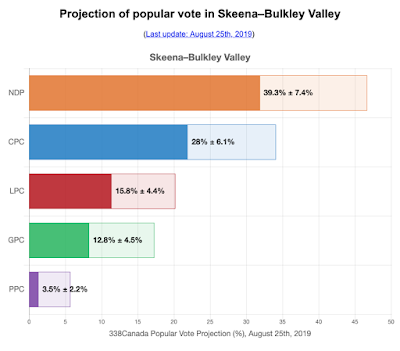 The results for the week ending August 25 make for a three precent increase for the NDP since the previous results, with the Conservatives seeing a 2 percent slippage, the Greens also saw a slight decline from their numbers of a week ago

The Liberals found a slight uptick in support from the last seven days, while the PPC remain stalled at less than 4% support.

And while the percentages don't show a wide gulf between the two top candidates, the review of data so far, gives 338Canada confidence to suggest that the Skeena-Bulkley Valley riding is still one of the safest of NDP seats in the country at the moment.

Something that no doubt will give Ms. Rattée and her team cause to take to the riding with additional zeal in quest of proving that Mr. Bachrach is a candidate that can be toppled. 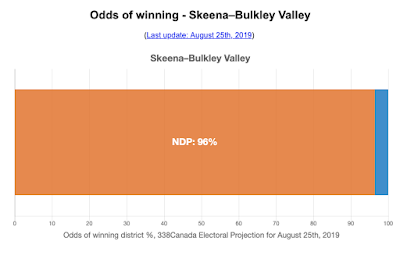 For Northern British Columbia, the news for the Conservatives improves greatly, with all of the other ridings trending towards their candidates, with the projected voting showing a fourteen percent margin between the Tories and the NDP, with the Liberals coming very close to passing the NDP for second spot. 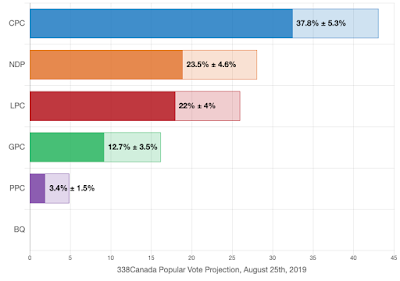 On the National Scene the results are leaning towards a return to the government side for the Liberals, though with a minority government still the most likely outcome from the October vote. 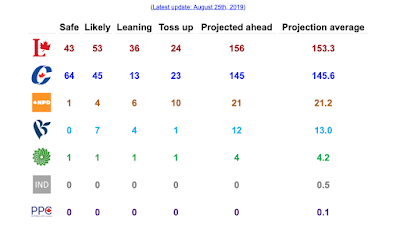 You can review some of the local notes on the quest for office in Skeena-Bulkley Valley from our archive page here.