The City's works department has declared a Mission Accomplished of sorts today, with the City of Prince Rupert taking to their Social Media feeds and mobile app to advise that the Capital work project on McBride Street has been completed, with preparation work now underway for paving. 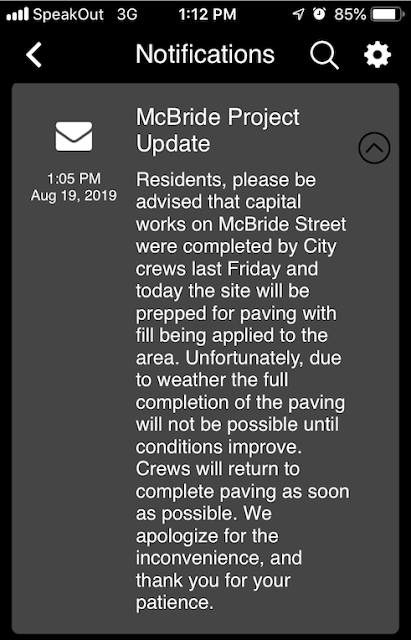 As we outlined last week, a few of the major projects around the city seemed to stall a bit over the course of late July/early August period, some clearly a bit behind their timeline for completion.

The project work on McBride began in mid June and had originally been expected take four to six weeks to complete.

When it comes to putting the wrap on the McBride Street project however, as the City notes in it's advisory today, the Weather Gods appear to be conspiring to stymie plans for the final bit of paving work and the opportunity to once again reopen the entire road to traffic.

The Forecast for the remainder of this week isn't one that works well with a paving plan with Periods of rain expected tomorrow, offering a brief respite Wednesday and Thursday before another bout of rain arrives to take us through the weekend. 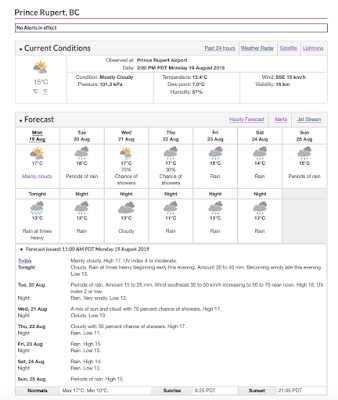 For a look a more of the city's major projects for this year see our archive page here.

A wider overview of past Council discussions can be found from our council archive here.


To view the most recent blog posting of the day, click here.
Posted by . at 2:28 PM