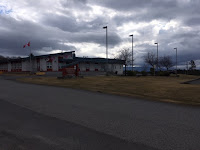 The District of Port Edward has put together its August newsletter for residents offering up a number of items for review for residents over the final few days of the summer season.

Highlighting the report, is an update on the start date of the District's new Chief Administration Officer, Danielle Myles Wilson, who will take up her duties on September 3rd, as we outlined on the blog last month, Ms. Myles Wilson arrives at the District from her previous work in Terrace with that city's Economic Operations Branch.

The August update also hails the success of the first year of a new initiative for the District and the completion of Port Edward Children's Summer Day Camp, which offered five weeks of activities for youngsters including science experiments, arts and crafts, filed trips and out door play.

The program was put together by Robert Head, Darlene Wilson and Mandy Salm. 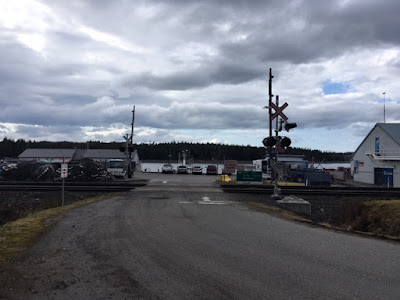 What had been anticipated to be busy summer of railway work in the community appears to be a bit behind schedule, as the District notes for residents that CN Rail has not as of yet provided them with an update on the new CN Passing track that will run through part of the community. District officials do not however, that while they don't have a date yet on the rail work,  it is expected that the large pile of muskeg adjacent to the boat launch will be removed before the work is completed.

The Public Works Department also offers a few notes related to dogs in the community, reminding residents that all dogs must be on a leash, fenced in or in a kennel, with the District having received a number of complaints lately of dogs running at large and charging at people.

The District also has reminded residents of the need to be Bear Aware, with some suggestions on how to properly guard your property against any Bear attractants. 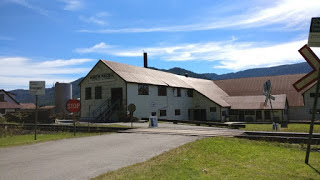 The August Newsletter also reminds District residents and visitors to the region of the hours of operation for the North Pacific Cannery Museum, about ten minutes south of the town site along Skeena Drive.

The popular North Coast tourist destination is open seven days a week through the summer, and as we outlined on the blog last Friday, this weekend North Pacific is hosting the site's 130th Birthday celebration on Sunday, with activities planned from 11 AM to 3 PM

You can review all of the notes from the Port Edward August update here.

For a wider overview of notes from the District see our archive page here.

To view the most recent blog posting of the day, click here.
Posted by . at 2:41 PM