Disaster for the Lester Centre!

Now that we have your attention, take a breath and a moment to consider your plans for April of 2020; as the Lester Centre makes their plans to bring DISASTER to the stage of the city's home for the Arts.

Michael Gurney the General Manager of the Lester Centre of the Arts revealed the identity of the next big community musical today, a much anticipated event which will feature a battalion of local actors, musicians, dancers and technicians all looking forward to bring the Broadway musical to life for Prince Rupert audience. 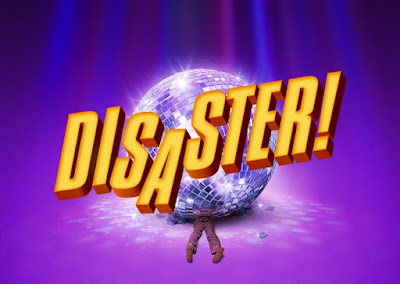 The Lester Centre information release from today highlights some of the background notes on the upcoming 2020 production.

Musical direction will be provided by Kristy Tillman, who in 2018 led the orchestra for the Lester Centre’s production of SPAMALOT and the Charles Hays Secondary School performances of 9 TO 5: THE MUSICAL, in addition to her ongoing leadership of concert, jazz and marching bands of School District 52.

The score features classic songs of the 1970s like “Knock on Wood," "Hooked on a Feeling," "Sky High," "I Am Woman" and "Hot Stuff” festooned around a laugh-out-loud storyline set in a floating casino and discotheque.

Even in advance of its Broadway run, the New York Daily News named DISASTER! as one of its top ten must-see musicals .

Both the local Musical and Artistic Director offered up some thoughts on what awaits audiences next Spring.

“We chose this production to appeal not only to audiences, but artists as well. We’ll be searching for performers and instrumentalists with a wide range of specialties and talents. The light-hearted script and the infectious rhythms of the score guarantee this will be fun for everyone -- Musical Director Kristy Tilman

“The comedic chops of Prince Rupert’s artistic community will get a thorough workout. The bell-bottomed A-listers who are outrageously lampooned in this story are going to infect our city with disco fever, whose side effects include dancing in the aisles.” -- Artistic Director Hans Seidemann

Auditions for the production will be held October 26 & 27, with details related to the audition process to be provided through the Lester Centre website in September.

The show takes to the stage April 2, 3 and 4 with tickets set to go on sale on September 1st.

Learn more about what the Lester Centre has planned here.


You can follow the production through its incubation period and on to showtime through the Lester Centre's Facebook page.

Our archive page for Arts and Culture Events can be found here.

To view the most recent blog posting of the day, click here.
Posted by . at 3:34 PM

Email ThisBlogThis!Share to TwitterShare to FacebookShare to Pinterest
Labels: Disaster for Lester in Spring