Prince Rupert Grain and the newly opened Ray-Mont terminal on Ridley Island are both helping to make 2019 a strong year for shipments, with industry observers noting that the troubles that plagued the supply chain of a year ago are now seemingly behind the partners that bring the grain from farm to port to global markets.

The Western Producer, an industry based publication that follows the agriculture and shipping sectors is highlighting a record year of grain shipments for the crop year of 2018-19, with some strong results for shipments out of the Port of Prince Rupert

The article (which you can read here) highlights the ongoing investment that Canada's two major railroads have made into infrastructure to increase the level of shipments and confidence for the agricultural shipping sector.

The latest results from the Port of Prince Rupert back up the growing enthusiasm for the shipment numbers, with the July shipments and Year to Date figures showing the strong year that Grain is having on the North Coast.

Earlier this month CN Rail released the details of its Grain plan for this fall and winter's shipping season as they move this years harvest to global markets.

As part of their backgrounder to the Grain Plan for 2019-20 the railway makes note of the investment in new grain cars as well as the opportunities through container shipments through the Ray-Mont Logistics facility in Prince Rupert.

The Report explores both the railway infrastructure and staffing upgrades and ongoing trade disputes, the latter something that CN notes could have an impact on final numbers for this year. 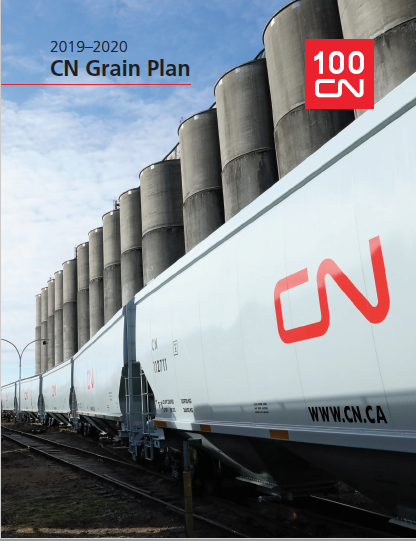 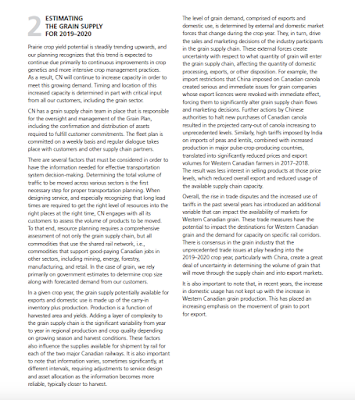 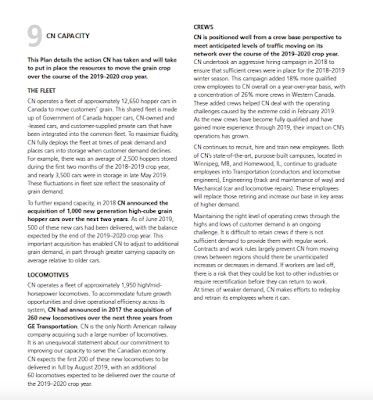 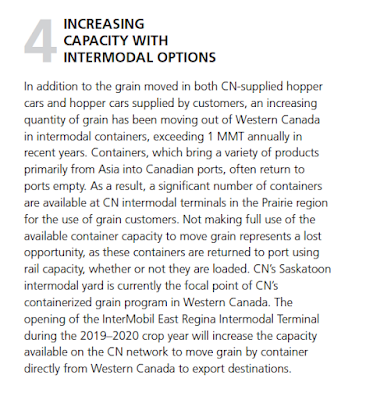 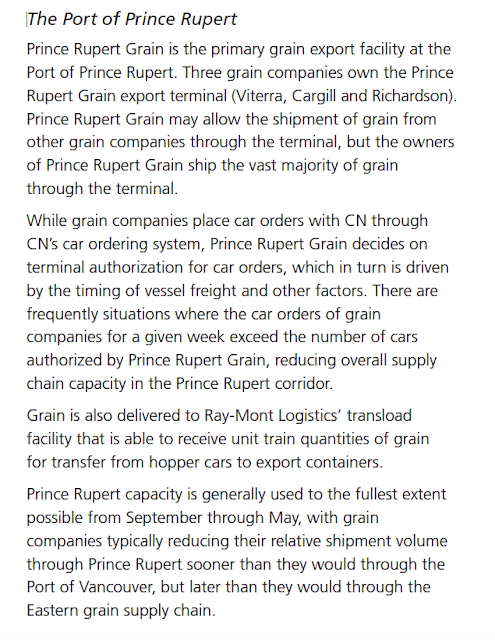 You can download the full Grain Plan Report here.

More observations on the 2029-2020 shipment plan can be viewed here.

For more items of interest related to both Prince Rupert Grain and the Ray-Mont Facility below:

For items of note on CN Rail see our archive page here.

To view the most recent blog posting of the day, click here.
Posted by . at 10:27 AM