Tonight's Prince Rupert City Council session will deliver some more disappointing results for the summer boating season for the city owned Cow Bay Marina, with the revenues for the facility still trending below expectations from what had been hoped for  in the Spring.

As part of the Council meeting tonight, the City's Financial Officer Corinne Bomben's June Variance report will note that "The Cow Bay Marina revenue is lower than budgeted for this time of year and is lower to the same period last year."

The report outlined that the trend has been experienced by multiple marinas on the coast of British Columbia this summer, an indication that the Prince Rupert Marina is weathering the same slow itinerant boater travel season as other communities.


Anticipated Revenues for the Marina this year have been set at $291,000, however the year to date totals have seen only $78,742 in revenues realized, down significantly from the $113,433 from June of last year. 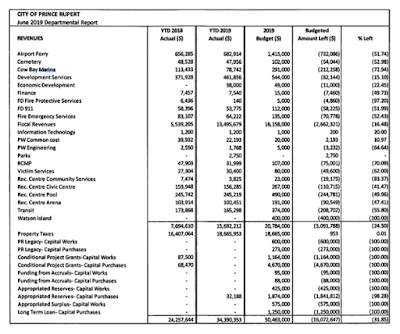 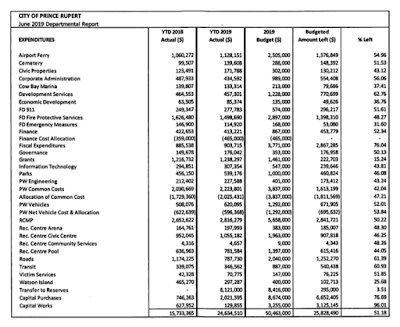 Last month, Ms. Bomben delivered much the same forecast,  though she did indicate that things had appeared to be improving in July, those figures will be made available as part of the Variance report for September at the September

The report to be reviewed this evening will also indicate that the amount of money that the City has spent on community parks has increased and is higher than this time last year, with grass cutting starting earlier in the season. Also adding to the increase in spending is the need for maintenance on the new McKay Street Park on the city's west side, those costs were not reflected in last years numbers.

It is not indicated in the report, if that includes any maintenance costs related to the new Dog Park also introduced to the McKay Street area, or what the maintenance comparison between the two elements may have been.

Road expenditures were down as of June with a mild winter and spring earlier this year reducing the need for snow clearing and sanding. Road repairs did pick up as the summer moved forward, along with a number of water line and sewer issues adding to the civic workload.

You can review the full report for Council tonight from the Archive for the Council session, the financial review can be found starting at page 20.

For more items of interest from this evening's session see our Council Preview page here.

More notes on City Council themes can be explored from our Council Discussion Archive page.

To view the most recent blog posting of the day, click here.
Posted by . at 9:52 AM